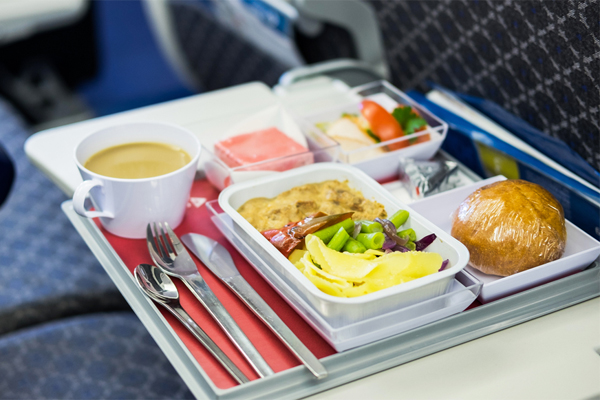 The Vegan Society and Humane Society International have created a website to provide consumers with an online rating system for vegan in-flight meals.

The FlyVe site is the centrepiece of a campaign to encourage carriers to offer vegan meals as one of their default options and to improve the quality in both taste and nutrition.

The options provided by most airlines are dominated by meat, dairy and eggs, meaning that passengers have to proactively request a vegan meal in advance.

The Vegan Society senior campaigns officer Elena Orde said: “Adding vegan options to every standard in-flight menu would mean that all passengers can opt for a more environmentally-friendly meal.

“It would be fantastic to see airlines really embrace the variety and creativity that is possible with vegan food, and to create options which are suitable for vegans but appeal to everyone.”

She added: “We have launched FlyVe to allow us to see which airlines are flying ahead of the curve, and which could do with some extra support when it comes to embracing plant-based options. We encourage any airline to get in touch for advice and training.”

Providing vegan options can be a way of offsetting the environmental impact of flying.

Campaign groups argue that animal agriculture produces around a fifth of all man-made greenhouse gas emissions and meat, egg and dairy production is a bigger contributor to global warming than all forms of transportation combined, including aviation.

“Reducing how often we fly is of course key, but so too is making sure that when we do fly we’re not further increasing our carbon footprint with our food choices.

“Despite the compelling need for change, the ubiquitous ‘chicken or beef’ remains the unimaginative default choice on most airlines.

“If everyone flying out of Heathrow in just one day chose a vegan meal it could save around 33,592 tonnes of CO2, the equivalent of driving 112,695,851 miles in an average UK petrol car.”