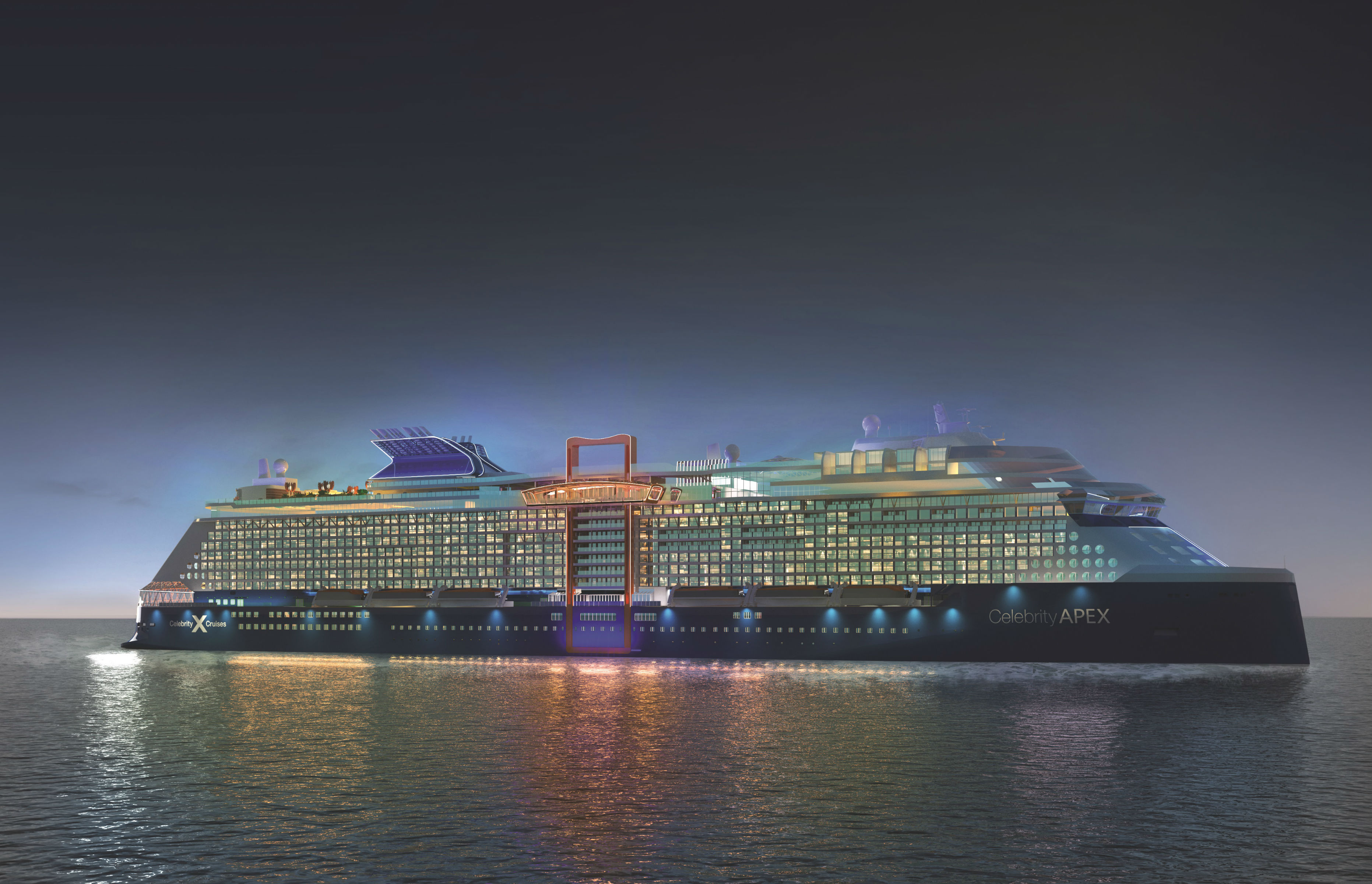 Celebrity Apex will become the first ship in Celebrity Cruises’ existing fleet to use shore power when it launches next year.

The 2,910-passenger vessel – the second in the line’s Edge-series – will be fitted with one connection to take electricity from the country’s national grid when docked in a port.

However, just 14 ports, including two in Europe, have shore power facilities for cruise ships. This means Apex will also use conventional fuel when needed.

Nick Rose, director of Royal Caribbean Cruises’ environmental programs, said: “Shore power is the cleanest form of energy available if it comes from a clean source.”

Previously, Celebrity Cruises’ vessel Celebrity Century used shore power to sail after it was retrofitted, but the ship left the fleet in 2014.

Rose said: “Our technology is so far ahead it shows that we are not just reacting to public perception.

“Over the last two or three years, more people are asking what we do for the environment.

“We have this saying that has been ingrained in us when building ships and that is always ‘go above and beyond compliance’.”

Jo Rzymowska, Celebrity’s vice president and managing director for the UK, Ireland and Asia, said there would be “no significant architectural changes” between Apex and sister ship Celebrity Edge.

Rose, who joined the company in 2005, called liquefied natural gas “transitional” and confirmed Royal Caribbean International’s yet-to-launch Icon-class ships will be powered by the greener fuel.

“LNG is the next step for fuel, but it is not the panacea – it is a transitional fuel,” he said.