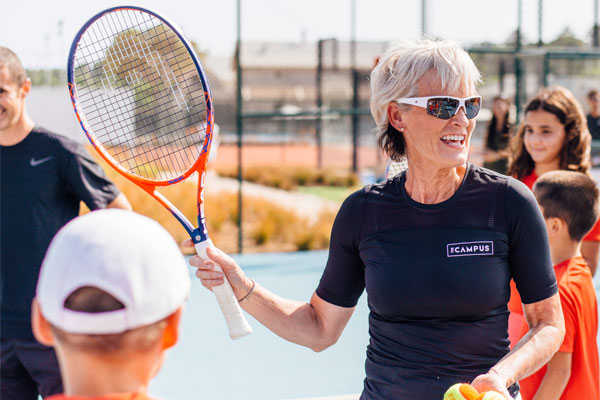 The Algarve built its glittering sporting reputation as the home of some of Europe’s finest golf courses, but it can now lay claim to being the ultimate spot for an all-round sports holiday, thanks to the arrival of The Campus.

This multi-purpose sports hub in Quinta do Lago features world-class tennis courts, training pitches that have been used by world sporting champions, and a high-performance centre that wouldn’t look at out of place at a Premier League club, making it a sports holiday destination that has wow factor around every corner – and a great spot for budding athletes to pick up a few new skills this summer. 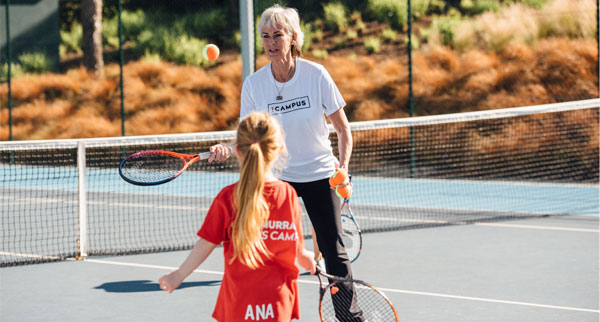 The Campus has already attracted some of the biggest names in sport, with former England footballers Rio Ferdinand and Carlton Cole running junior training camps, and Ireland rugby legend Brian O’Driscoll giving younger players a run for their money on the training pitch over this year’s Easter holidays.

Now, the addition of tennis guru Judy Murray, who led her first training camp here last October and will be back with more this summer, has given it that final stamp of approval.

With some pretty impressive coaching credentials – giving sons Andy and Jamie the platform to launch professional careers that have so far clocked up nine Grand Slam titles in singles and doubles tennis – she’s clearly hoping to bestow a little of that magic on a new generation of potential players.

“To see smiles on faces is what it’s all about when you’re working with juniors,” says Murray. “Hopefully, the sessions we are putting on at The Campus will help to teach the kids some of the fundamentals of the game.

“Our sessions are open to all standards of player and we welcome beginners with as much enthusiasm as those who have had a lot of coaching. The main aim of my sessions has always been fun.

“I’m a huge believer that we can help develop the skills when kids are at a young age, because if you develop the foundations of what is needed to enjoy tennis, we can keep them coming back to the courts for a long time.

“My hope is that anyone watching one of my sessions would think they could do it and might fancy getting involved.”

Murray will be back at The Campus for more junior and adult tennis camps in August, as she continues her own inspirational crusade to get more people on court playing the sport.

“Getting into tennis can seem intimidating when you see a one-on-one lesson, but an open session with lots of people on the court that is built around enjoyment is what we should be aiming for, and hopefully, our time at The Campus gives a few people inspiration to spread the word about tennis when they get home from Portugal,” she adds.

Tennis is at the heart of The Campus, and with world-class clay and hard courts offering different surfaces to test your skills, the aim is to attract players of all standards to take part in weekly coaching sessions and social games.

Head of tennis Zé Pereira Lopes says: “The dream is to make The Campus the best facility in Europe for tennis players of all standards. This is an outstanding tennis location and we have big plans to expand what we do with our coaching to ensure this is an attractive location for everyone.

“To have someone of Judy Murray’s stature at The Campus, allowing our coaching team to understand how she helped her sons become such incredible tennis players, is enlightening for all of us and we look forward to welcoming Judy back in August.” 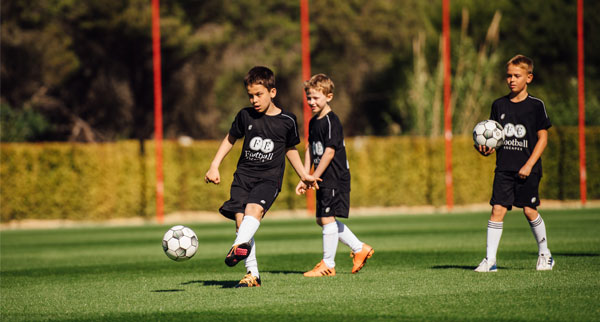 While tennis fans will be well served, the variety of activities on offer means wannabe footballers, cyclists, rugby players and dancers will find just as much to do.

Two-time gold medal-winning Paralympic cycling champion Mark Rohan leads the cycling hub at Quinta do Lago. “There has been a real boom in cycling over the past few years and we have seen people who may never have considered getting into cycling developing a real interest in the sport and becoming keen to explore new places for cycling holidays,” he says.

“Majorca has long been the epicentre for cyclists in Europe, but we want to try and change that. The scenery in this part of Portugal is stunning and lends itself perfectly to great cycling, whether you are here for leisure, to improve your fitness or to prepare for competition.

“In addition, the food is great in Portugal, the wine is fantastic and the weather is amazing most of the year, so we have made all this affordable for cycling enthusiasts and families keen to go on their first cycling tour together.”

The high-performance sports centre at The Campus includes a world-class gym, an aquatic centre, a wellness and recovery area, rehabilitation facilities, and elite football pitches that have been used by Premier League club Burnley and by Ireland’s international rugby team. 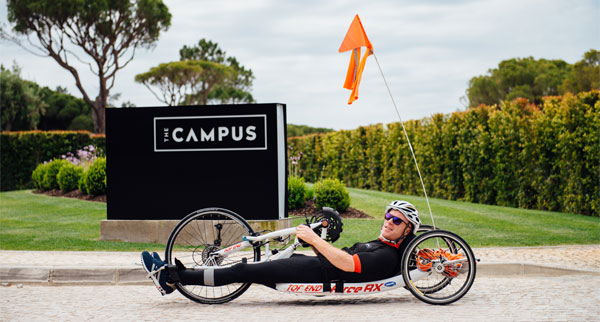 “The great thing about the new Quinta do Lago is we have such a wide range of sports, and that will separate this resort from other locations across Europe,” says Quinta’s director of golf, Brian Evans.

“If you fancy tennis on Monday, a yoga class on Tuesday, golf on Wednesday and a cycling tour on Thursday, that is now possible. It hugely adds to the appeal of what we can offer here.”

With Judy and co offering amateur enthusiasts a taste of life as a sporting pro, one thing is for sure – golf is no longer the only game in town.