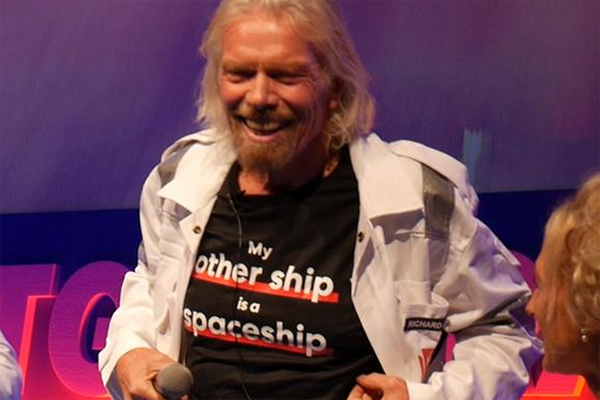 Turks & Caicos Islands, Mexico, the Mediterranean, Scandinavia and Australia could all be in future Virgin Voyages’ programmes as the yet-to-launch line expands, Virgin Group’s founder said.

Sir Richard, who made a surprise appearance at the Clia Conference yesterday as the line revealed plans to bring its first ship to the UK next year, said: “We are looking at a few different destinations – we like to surprise people and I hope that we do that.

“There are so many wonderful places in the world where we can go.”

“The beauty of having five and four night itineraries is folks from the UK are booking back-to-back,” he said. “You can also do a short itinerary and stay in Miami beforehand.”

Virgin Voyages will launch first ship Scarlet Lady next year and has a further three on order due to be delivered in 2021, 2022 and 2023. All Virgin Voyages ships will be adult only.

“We want this to be the best week of your life,” McAlpin said.

He added that he wanted the adult-only ships to be recognised all over the world.

McAlpin later appeared to dismiss the idea of opening the line’s ships up to children. He said: “Our plan is to be adult only, but we need to be flexible. That is the plan right now. Mums and dads need a vacation too.”

Asked on stage whether he had considered entering the river cruise market, Sir Richard said: “I am sure that Tom will say stick with our onions, but it is a good idea. I had not thought about it. I love trying new things.”

He also revealed that he had someone in mind to be Scarlet Lady’s godmother but refused to reveal a name when quizzed on stage.

“If I can pull it off then we will definitely have a godmother,” he said.