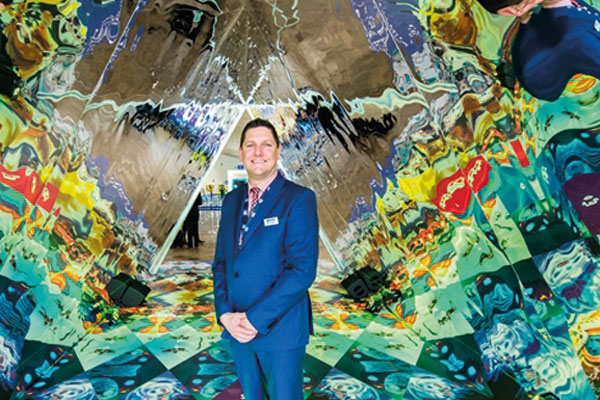 Ben Bouldin admitted he feared the 4,560-passenger ship would be repositioned when it became clear that the line was “a bit light” in the Caribbean where its private island Perfect Day at CocoCay is located.

Passengers’ “phenomenal” reaction to the $250million private island, which only opened earlier this month, prompted the decision to cancel Independence of the Seas’ 2020 UK season, Bouldin said.

The move means Quantum-class ship Anthem of the Seas will be the only Royal vessel deployed in the UK next summer.

Speaking at the Clia Conference in Portsmouth yesterday, Bouldin said: “Clearly it was not a decision that we had planned a few months ago – otherwise we would not have put it on sale.

“Independence of the Seas was one of the first ships to go through the Amplified [revamp] programme.

“All the other ships are in the Caribbean, so when I knew that they need another ship to go there, I feared what might happen.

“Independence of the Seas is an incredibly popular ship which sells incredibly well. It is our appetite to get back to two ships in the UK very quickly.”

Baillie invited every delegate in the conference hall to see new ship Mardi Gras when it comes to the UK on September 9, 2020. The 5,200-passenger ship will have 240 metre roller coaster on board.

“What families really love is roller coasters, and on September 9 Mardi Gras will be in Southampton,” he said. “We would like to invite everyone in this room on Mardi Gras for the day.”