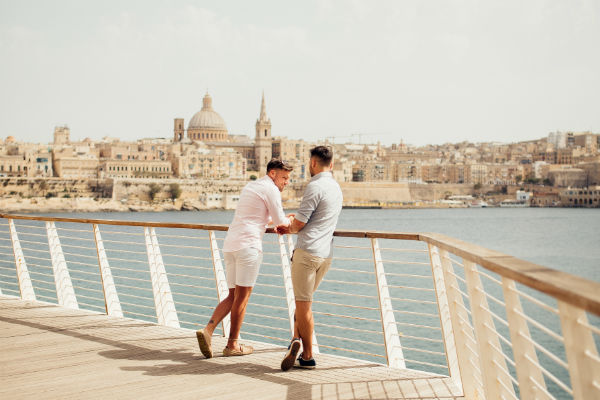 Malta has been ranked as the number one destination for LGBTQ Travellers for the fourth year running on the Europe Rainbow Index 2018.

The country received a score of 90% in recognition of the laws, policies and lifestyles of the LGBTQ community out of a total of 49 countries.

The European Rainbow Index launched in 2009 and monitors both the positive and negative impacts on the LGBTQ community.

It considers legal gender recognition, family and marital issues, and rights to asylum.

Belgium came in second place at 73% followed by Luxembourg at 70% and Finland at 69%.

Azerbaijan was in last with 3% recognition, with Turkey (5%) and Armenia (7%) above it.

A score of 0% shows gross violation and discrimination.

Peter Vella, director UK & Ireland of Malta Tourism Authority, said: “The Maltese have a reputation for kindness and excellent hospitality, and this is absolutely reflected in how they welcome all travellers to the island, including the LGBTQ market.”

Vella added: “Malta holds a unique combination of traditional and historical culture with a contemporary and welcoming mindset towards LGBTQ travellers and our people continue to set an impressive example for other European countries to follow.”

Same-sex marriage was legalised in Malta in 2017 and gender-neutral passports were introduced in 2018, following its parliament’s approval of the Gender Identity Act in 2015.