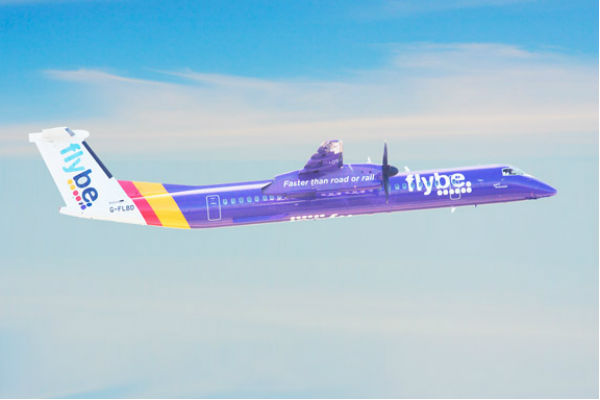 The agreement is expected to be completed by the summer subject to conditions including regulatory approvals required in connection with the acquisition of Flybe by the Connect Airways consortium involving Virgin Atlantic and Stobart Group.

No value was put on the deal which comes two week after Flybe put its winter 2019-20 schedule on sale covering 97 routes and up to 2,521 flights a week.

It also follows a base review by Flybe as part of a strategy to reduce its fleet and return all six 118-seat Embraer 195 regional jets to lessors this financial year.

Cardiff and Doncaster Sheffield will see bases that support jet services shut from the start of the 2019-20 winter timetable. Flights to and from both airports will be operated by Q400s and crew flying from other bases.

Jet operations from Exeter and Norwich will also cease from October 26.

Chorus Aviation Capital president Steve Ridolfi said: “We are very pleased to expand our relationship with our existing customer, Flybe.

“In less than two years we’ve grown our leasing portfolio to 50 aircraft acquired at approximately $995 million with $765 million in future contract lease revenue.”

“At the end of the lease term, Chorus will have multiple potential uses for these aircraft, including lease extensions, re-leases or sale to new operators, conversions to non-passenger use, or disassembly for parts sales.”

The deal will see CAC’s portfolio include 38 turboprops and 12 regional jets placed with 13 airlines on six continents.

When combined with 47 aircraft leased under an agreement with Air Canada, Chorus’ fleet of leased aircraft will have reached 97 aircraft valued at $1.6 billion.