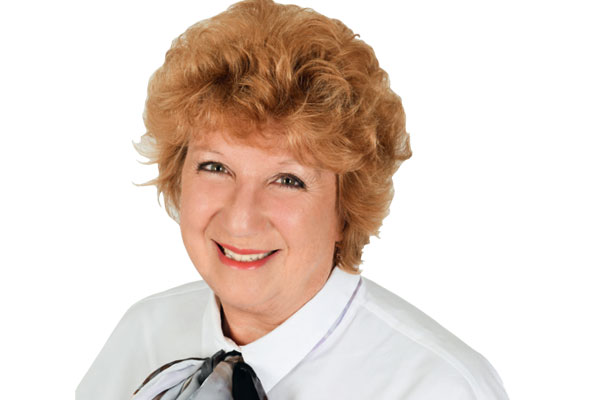 A spirited elderly customer eager to visit the Scottish isles brings out a sense of responsibility in Kim.

There are certain customers for whom you feel a level of professional responsibility as an agent.

An elderly gentleman came into my shop recently wanting to visit the Shetland and Orkney Islands – destinations we don’t often get asked about. He wanted flights and hotels offering breakfast and an evening meal, as well as rail and transfers.

I had a look and gave him all the information, to which he advised that Kirkwall was not in the Orkney Islands but the Shetland Islands, and that Lerwick was in Orkney. “No”, I said gently. “You have it the wrong way round.”

But he absolutely insisted he was right. Doubting myself, I showed him a map, to which he said, with a big smile on his face: “Well, my dear, they must have changed them around.” After some time, he left with all the details.

The next day he came back and thanked me for my help and advice. He had decided to travel to Prestwick by train and fly to Orkney from there. I said the flights were from Glasgow, not Prestwick, but he insisted there was only one airport, in Prestwick. I got the map out again, but I‘m pretty sure he didn’t believe me as off he went saying he would check it out.

The next morning he was in again having booked his rail tickets to Glasgow and the hotels – the ones I had offered him – direct, as he said he got a better rate! I have to say that, despite his taking my advice and booking himself, I had a smile on my face and was full of admiration for this 87-year-old and his use of the internet.

We went ahead with the flights but the Fair Isle, in Shetland, was causing some anxiety for him as all travel to the island depends on the weather. I was concerned about how he would get there and where he would stay, but he told me there was a farmer who has rooms in his barn, and sure enough he was right.

As it turned out, he decided not to include Fair Isle, and asked me to look at bus services and tours on both islands. I was happy to answer his questions, even though it was time-consuming and he expected me to know everything.

The following morning, he was back in the office saying he was having difficulty receiving email confirmations from the hotels. By this time, I felt responsible for him, so I emailed the hotels and asked them to send confirmations to me – they later thanked me for my help.

He was organised and seemed to have everything in hand, but I couldn’t help worrying about him. It had taken many hours to plan the trip, in the middle of a very busy peaks, but because of my sense of responsibility I was more than happy to help.

He later came in with a bottle of wine to thank me, which was a lovely gesture and I gave him a hug.

Train: Wolverhampton to Glasgow, and taxi to airport

Hotel: Seven nights’ half-board at the Albert Hotel in Kirkwall

Customer to make own travel arrangements to Lerwick

Train: Glasgow to Wolverhampton, arriving at 20.34, and taxi home.