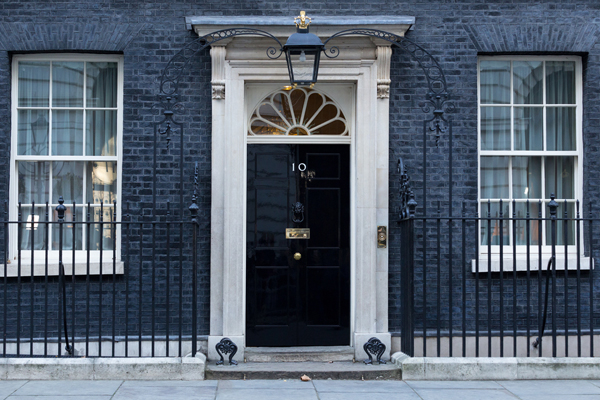 Does Theresa May’s departure on June 7 mean a rapid end to the uncertainty around Brexit? No, unfortunately.

Her replacement as prime minister is almost certain to be a committed Brexiteer who will declare their willingness to quit the EU with no deal.

Yet there remains no majority in the UK Parliament for a no-deal Brexit and MPs will still have their say.

Through all the machinations of recent months no more than 80-100 MPs have signalled a willingness to back no deal, so the new leader will face the same problem as May.

Logic points to a request by the new PM for a further extension of the Brexit process beyond the current leave date of October 31 and a general election in the autumn to try to resolve the impasse.

Abta head of public affairs Luke Petherbridge, who is wired into the thinking of MPs and those around them, outlined pretty much this view to an Abta travel law conference in London this week two days before May’s departure announcement.

At that stage (on Wednesday) it looked as though May would still try to force her Withdrawal Agreement Bill through Parliament. But that was scuppered almost as soon as she announced it.

However, Petherbridge forecast an attempt to move to indicative votes on MPs’ preferences on Brexit before a new Tory PM is in place “to tie the hands of the new leader, because there is concern about what the next leader will do”.

The leadership election will involve two stages unless there is a move to change it – a first-round vote among Tory MPs and a run-off of the top two in the MPs’ poll among Conservative Party members.

Boris Johnson is increasingly seen as the only Tory capable of defeating Nigel Farage, founder of the UK Independence Party (UKIP), and now leader of the Brexit Party – the recently formed, largely virtual party likely to have rifled most Tory votes in the EU election.

So Johnson is favourite to emerge as Tory leader and prime minister, although it is not a given.

History suggests favourites to win Tory leadership elections seldom do and 100 Tory MPs have reportedly agreed to back anyone but Boris.

The EC will no doubt be horrified by the prospect of dealing with Johnson. He is viewed in Brussels as fairly useless as well as consistently hostile to the EU.

Boris seems to view himself as a modern Churchill. No one who has worked with him in office appears to have the same impression.

However, he may be less ideologically committed to Brexit – and certainly to no deal – than an alternative Brexiteer leadership candidate such as Dominic Raab.

Johnson’s greatest desire is to be prime minister, with Brexit a vehicle to achieving that.

Petherbridge explained: “It’s likely we’ll get a Brexiteer – 80% of Tory members support Brexit. The European election vote will be portrayed as a no-deal vote and there will be pressure to include Boris on the ballot as the authentic voice of ‘no deal’.

“The challenge for Boris will be to get on the final ballot. If he does, he will win unless he does something horrendous.”

Let’s assume it will be Boris, probably by July as the Tories appear set on a quick resolution.

He will go to the EU to demand a renegotiation of the withdrawal agreement. The EU will say ‘no’. He will threaten a no-deal departure, but the UK Parliament can block that.

Only an election – or possibly a second referendum – offer a way out of the impasse.

So Boris will study the opinion polls for evidence of a ‘bounce’ in support for the Tories and if he feels he can win an election he will seek a ‘mandate’.

Petherbridge forecast: “The UK will ask the EU for an extension of the process. The new leader will have to stamp their authority and want a new withdrawal agreement.

“The EU will say ‘no’, though it will probably change the political declaration.

“There is no majority in Parliament for anything. It almost certainly means a General Election. That is the logic – although logic has not played much part in the process up to now.”

He believes there is a danger of Britain falling out of the EU with no deal simply because time could run out.

Petherbridge said: “MPs could panic or the EU could refuse more time. I don’t think it likely [the EU would refuse] – the EU does not want to own ‘no deal’. But it’s possible.

“My concern is it could get very late in the process and be difficult to stop.”

He added: “The new PM may decide to leave with no deal. Parliament has voted against no deal a number of times, but it’s possible there would not be time [to do anything].”

It is a risk, but in Petherbridges’s view: “There probably won’t be no deal – nobody wants responsibility for the economic fall-out.

“A PM who took Britain out of the EU with no deal would face a no-confidence vote, and I don’t think Boris has spent years trying to get into Downing Street only to crash out.”

So he believes: “There will probably be a general election before the end of the year. A second referendum is less likely.”

My guess is the EU will do what it takes to avoid a no-deal Brexit by default in the hope of keeping Britain in – the president of France permitting.

The EU will be operating on new terrain by September, of course, with a new Commission and perhaps a radically reshaped European Parliament if the elections this weekend produce the forecast results. That will become clearer on Monday.

But if Boris or an alternative candidate took Britain out of the EU against the will of Parliament – and with at least half the population supporting Remain – it would trigger an almighty crisis that could be expected to bring down the government.

May’s last act will be to host US President Donald Trump on a state visit to Britain on June 3-5.

The farce continues. Hang on to your hats.