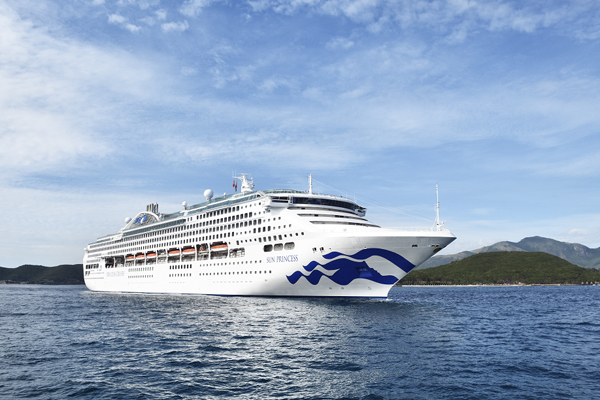 Carnival Corporation agreed to pay a $20 million fine and impose tighter environmental controls after pleading guilty to violating probation for discharging oily waste into the sea.

A judge in Miami ruled in favour of a settlement with US prosecutors on Monday.

She opened the hearing by saying she wanted a commitment from executives to make preserving the environment a core and inherent value.

Carnival Corporation is currently on probation for illegally dumping oily waste from its Princess Cruises ships for which it was first indicted in 2016. It was the corporation’s third conviction for the same crime since 1998.

The company, which runs nine cruise lines including Cunard and P&O Cruises, pleaded guilty to seven charges of environmental damage at the time. It was fined $40 million and put on probation with a court appointed monitor to ensure it was complying with environmental standards.

The world’s largest cruise conglomerate acknowledged in the proposed settlement that Princess Cruises had violated the terms of its probation.

It said that it would agree to having 15 additional audits of its ships, improve training and waste management, and better report incidents of environmental damage to settle the case.

The deal on probation violation requires Carnival Corporation to develop an action plan for compliance and create a chief compliance officer position. The company must increase resources for its existing corporate compliance manager and the power to direct changes across the brands.

Carnival will be subject to fines of $1 million per day If it does not submit a new environmental compliance plan by September 13.

The deal requires chief executive Donald to personally accept responsibility for the violations in a statement to all employees.

The Miami Herald reported Seitz as saying: “I am grateful to see that I finally – hopefully – have everyone’s attention because this is a worldwide community responsibility and this company is in a perfect position to make a profound difference if it becomes their living, breathing core value. But somebody can only change if they want to change, but I’m here to assist if they don’t.”

Donald said: “In my role as chief executive I do take responsibility for the problems we have. I am extremely disappointed that we’ve had them. I know you have reservations about our commitment and who we are. I want you to know we are fully committed.

“We understand that although we aspire to be perfect, mistakes will occur.

“We assure you we will remain transparent, learning from our mistakes so the same ones aren’t repeated. We will continue to invest heavily in technology and training for us to meet and exceed the expectations we’ve set for ourselves.”

Carnival said in a statement issued after the hearing: “The court approved our agreement with the Department of Justice – setting forth new initiatives, improved procedures, additional training and significant investments to ensure we have the strongest and most sustainable environmental compliance program possible.

“Carnival Corporation remains committed to environmental excellence and protecting the environment in which we live, work, and travel. Our aspiration is to leave the places we touch even better than when we first arrived.”

Actions highlighted by the company in the agreement include:

Appointing a chief compliance officer who will have full authority over the company’s compliance efforts.

Engaging an outside consultant to advise on the best options to improve the corporate compliance programme.

Designing and implementing procedures to reduce the purchase and consumption of single use plastic items across the fleet by 50% by the end of 2021.

Strategies will be designed to cut the total weight of food waste that the company creates by 10% by the end of 2021.