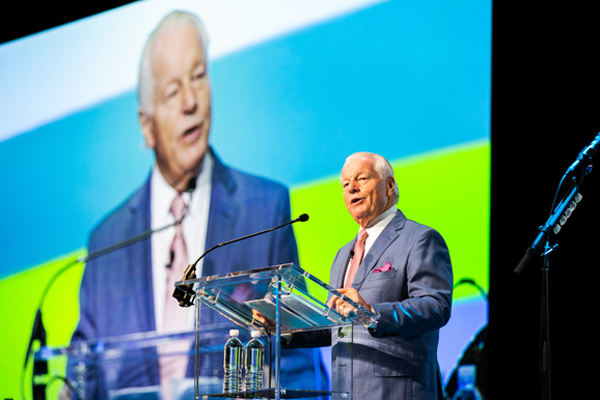 The chief executive of the US Travel Association has called for action on ‘unacceptable’ delays at airport customs, but there remains no clear timeline on the introduction of pre-clearance at UK airports which could speed the process.

Speaking at the IPW conference in Anaheim, Roger Dow acknowledged that queues at US airports had the potential to put off international travellers who would ‘travel where it is easiest to travel’.

But he said action was being taken to train more customs staff after the government shutdown in late 2018 and early 2019 which restricted recruitment activity.

Hailing positive relations with the White House and US customs and border protection, he said: “[Queues at borders] are unacceptably long, and that is unacceptable to me. We are now in the process of seeking data on customs wait times from our major airport members and we have activated a dialogue on this issue with the appropriate government agencies.

“We will continue to make our concerns heard when there is evidence that our entry process is lagging.”

Dow said conversations were ongoing with the UK government and airports over the introduction of pre-clearance, which allows passengers to clear US customs before boarding their aircraft and is currently available at two airports in Ireland.

Plans to extend the scheme to UK airports were mooted in 2017. However, Dow would not be drawn on a timescale for implementation of the system, focusing instead on markets including Sweden and the Dominican Republic which recently signed agreements.

The US Travel chief said another priority was securing the future of marketing organisation Brand USA, which is required to be reauthorised by the US Congress every five years.

Dow said there was strong bipartisan support for Brand USA’s reauthorisation, adding that he had stressed the importance of the organisation to the President at a meeting last autumn.