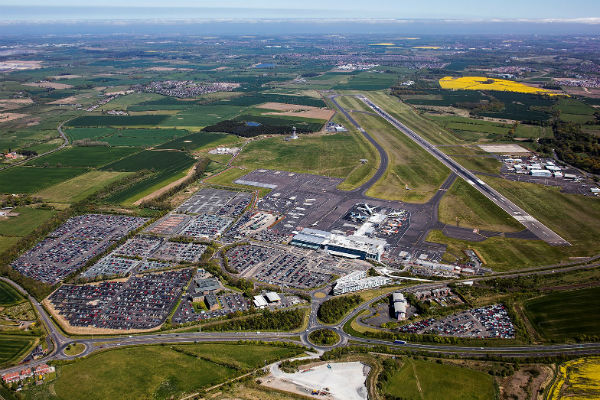 Newcastle airport wants to handle four million extra passengers a year by 2035 with a possible extension to its single runway.

The projected rise in numbers to 9.4 million from 5.4 million last year is outlined in a masterplan setting out its ambitions for future growth.

The scheme includes the possibility of the runway being extended by 700 metres to enable the airport to attract new long-haul routes in the future.

Airport bosses hope that improvements in aircraft performance will mean that future destinations can be served from the existing runway.

But an airport statement said: “It is prudent, however, for the masterplan to safeguard for a possible runway extension in case aircraft performance improvements beyond those that are already known about do not materialise.”

The masterplan also includes the prospect of introducing new technology to provide a seamless passenger journey.

The north-east gateway currently employs 3,500 people and 18,900 supported across the region.

The number of jobs supported across the north-east could grow to 27,800 by 2035, according to the airport.

The masterplan has been published following a 16-week public consultation, which began in May 2018.

Airport CEO Nick Jones said: “The airport is a global and regional gateway, therefore the connectivity that we provide is absolutely vital.

“This is why the masterplan is so important, and I hope that it will enhance the experience of the millions of passengers who will continue to use the north-east’s largest airport for many years to come.”