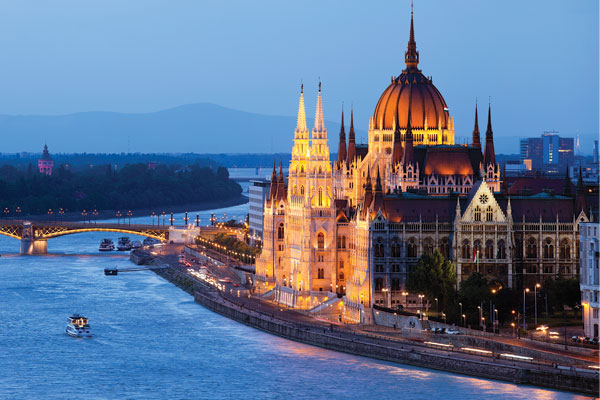 At least two bodies have been recovered as a salvage operation started to raise a tourist boat that sank on the Danube in Budapest in May.

The Mermaid was carrying South Korean tourists when it was in collision with a Viking river cruise vessel and capsized, leaving 20 people dead and eight others missing.

High water levels, made worse by heavy rain, have hampered rescue efforts in the Hungarian capital

Footage from the scene on Tuesday showed a floating crane slowly winching the boat to the surface, the BBC reported.

Divers will enter the wreck to search for any bodies still trapped inside before the Mermaid is fully raised.

Crews have struggled to assess how much damage the 70-year-old boat sustained in the collision, salvage experts said.

The Viking Sigyn cruise ship struck the Mermaid just after 9pm local time on May 29.

Seven people were rescued and seven bodies quickly recovered but many of those on board the Mermaid were swept away in the swollen river.

The bodies of other victims were recovered in the following days, with one pulled from the Danube more than 60 miles downstream.