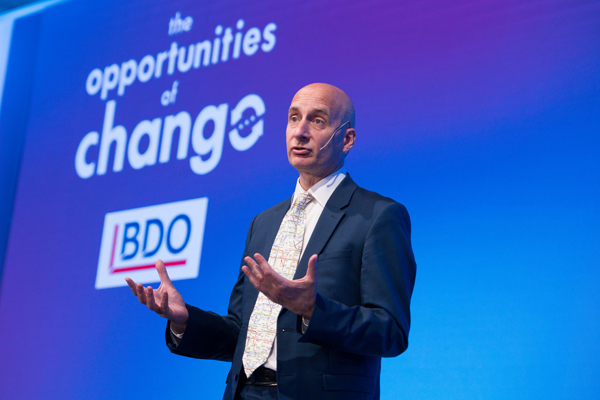 Labour peer Lord Adonis has told delegates at this year’s ITT conference that they can “all have confidence in their businesses going forward” because Brexit “won’t happen”.

The former secretary of state for transport said Brexit was “running out of steam” and predicted there would be a second referendum next spring in which the country would vote to remain in the EU.

The arch-Remainer said: “The new (Conservative) Prime Minister will proclaim to get a new agreement…but when the vote (in Parliament) happens, it will be voted down again.

“The big issue is what happens at the point when the deal is voted down again?”

Adonis said there were only three possible outcomes: more negotiations with the EU, another general election or another referendum.

But he said: “It’s inconceivable the Tories will call a general election.

“Nigel Farage is eviscerating the Conservative party at the moment and because turkeys don’t vote for Christmas I think we’re unlikely to have a general election.

“Even if we did have an election, it would not resolve Brexit.

“We will have a second referendum next spring which will end 60/40 in favour of Remain.

“So, you can all have confidence in your businesses going forward.”

The ITT conference is being held in Split, Croatia this week.