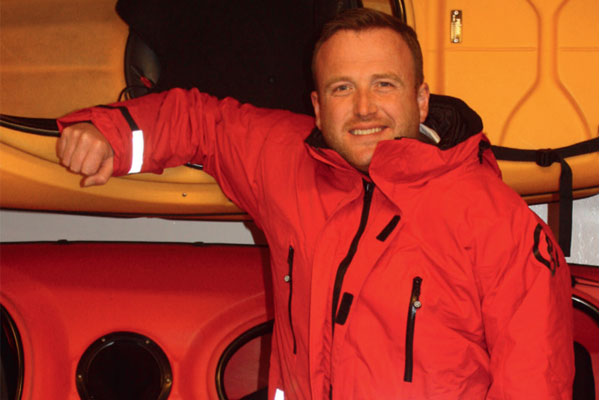 Q. What do Exclusive Expeditions do?
A. The brand was launched as part of independent agency The Cruise Line in April 2017. We wanted to create something focusing on a part of the cruise business that was growing, and that was expedition cruising. The aim was to focus on specific destinations rather than brands, so if you pick Antarctica you would see the destination first and then the operators offering it.

Q. How did you enter the trade?
A. My route into the trade was different from most people. I worked in showbusiness throughout my early 20s and I was a professional singer and actor working all over the UK. I then worked on cruise ships in 2004 as a singer and I did that job on and off for about 11 years with a number of companies. I eventually became a cruise director and that’s how I moved into the industry in the role I’m in now.

Q. Which ships were you singing on?
A. The first ship was New Flamenco, a very old ship run by Elysium Cruises which had just taken it over from Festival Cruises. It was a Spanish charter, so I was singing in Spanish. After that I worked for Thomson Cruises, Princess Cruises, P&O Cruises, Holland America Line and Fred Olsen Cruise Lines. I became cruise director in 2010 for Thomson and then Holland America. Having travelled around so much, I wanted to settle down a little bit; I knew cruises and when I came off my last contract, joining The Cruise Line was logical.

Q. Have your stage skills made a comeback in your later career?
A. When I was visiting G Adventures’ ship G Expedition in Edinburgh, we had entertainment on the day, and I got roped in to sing a song for the guests. I think there were around 100 agents on the ship for the day to tour it. If I recall correctly, I think I may have sung Don’t Let the Sun Go Down on Me by Elton John.

Q. What’s your dream expedition cruise?
A. A dream cruise for me would be Antarctica. I’ve been to the Arctic, but I would love to see the wildlife and the ice formations, and the bumpy ride through Drake’s Passage wouldn’t bother me at all. I hope I can do it soon. We do get offered fam trips, so I hope it’s not too long until I get to go there.

Q. What’s next in expedition cruising?
A. The expedition cruise market is enormous and new ships are being built all the time. So now, one of the pitfalls we have is finding availability – sometimes customers must enquire 18 months ahead to get the itinerary they want. I think because so many companies have new ships on order, the expedition cruise segment will grow over the next two to four years, so it will be interesting to see if the demand exceeds the new ships coming in. New ships should help customers be able to book on a trip a little later.

Q. Where was your last expedition to?
A. The last expedition cruise I went on was to the Arctic and Svalbard with G Adventures in June 2018 for seven nights. We saw fantastic wildlife including polar bears and arctic foxes and, although we were a bit late to see the northern lights, the scenery was fantastic. It’s pretty much 24-hour daylight at that time of year, which is interesting in itself. You have blackout curtains in the cabin but it does play hell with your body clock. 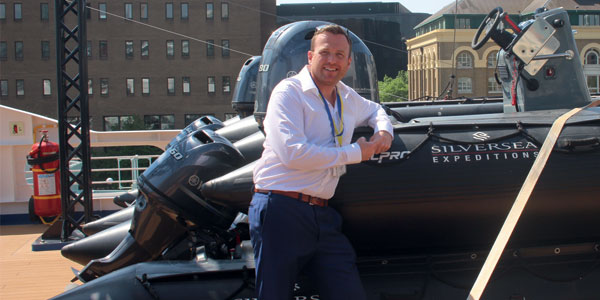 How do you get the most out of an expedition cruise?

It’s all about destination immersion and being with like‑minded people. You can get to places like Antarctica that you can’t see unless you are on an expedition cruise.

It’s an educational experience that suits people who want to know about where they are going. If you prefer to sit and drink by the pool and laze in the sun, it’s probably not for you.

You can also pursue hobbies such as photography and take classes in all sorts of things. There are photographers on board who give lessons and there are competitions.

The itineraries are quite fluid and no two expedition cruises are the same. If they see wildlife, they stop. There’s a rough outline of where they go but each day is down to the captain deciding the route.

I’m a big fan of Silversea and its expedition cruise products and I also think Hurtigruten are excellent. We encourage people to call so we can speak to them and understand the best line and itinerary for them.