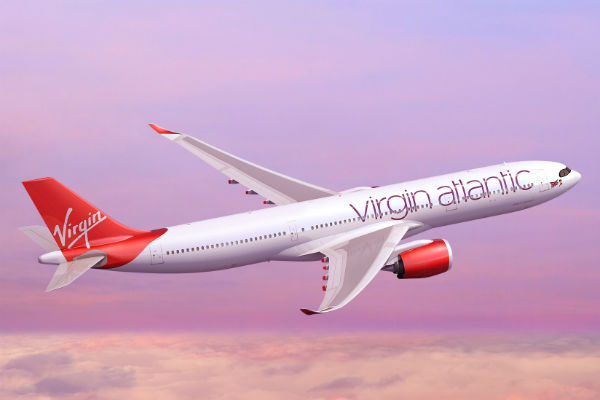 Virgin Atlantic is upgrading and expanding its fleet with a $4.1 billion order for new generation Airbus long range aircraft.

It has become the first UK airline to place a firm order for 14 A330-900neos, with an additional six as options.

Eight of the firm order will be purchased and six leased, as the carrier continues to increase the proportion of owned aircraft in its fleet.

The new aircraft are designed to be 13% more fuel and carbon efficient than the A330-300 they replace and will deliver a 50% reduction in airport noise contour, according to the carrier.

As a result, he fuel efficiency of Virgin Atlantic’s fleet will have improved by 32% over a ten year period from 2014 to 2024.

The order is part of a plan to replace all of the airline’s fleet in a decade to give an average age of 5.3 years.

The new aircraft will be configured with Upper Class, premium and three tiers of economy – Delight, Classic and Light.

They will operate on both business and leisure routes worldwide with bases at Heathrow, Gatwick and Manchester airport.

Virgin Atlantic will also receive its first A350-1000 this summer, which includes a custom made Upper Class cabin, featuring a new suite and social space.

The airline is starting new routes from Heathrow to Tel Aviv and Mumbai in September and October 2019 respectively, with flights to So Paulo in Brazil starting in 2020.

CEO Shai Weiss said yesterday: “2019 marks a return to growth for Virgin Atlantic as we strive to become the most loved travel company and the nation’s second flag carrier at an expanded Heathrow.

“A fundamental part of our strategy is collaboration with partners and our announcement today with Airbus and Rolls Royce, following the launch of our A350-1000 this summer, takes our partnership to the next level.

“The acquisition of 14 A330neos will play a pivotal role in our fleet transformation and it is testament to our sustainability commitment; by 2024, we will have improved the fuel efficiency of our aircraft by 32%.”