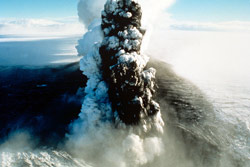 Tui Travel has revealed the UK air space closure has cost it £20 million up to Sunday and will cost a further £5 million to £6 million a day as the crisis continues.

The operator said it had around 100,000 customers due to return home from holiday yesterday and that it was doing all it can to look after them.

Tui added 90% of holidaymakers forced to cancel their holidays due to their flights being cancelled have chosen to rebook for a later date.

A statement released today said: “For the group, this is a period of relatively low holiday activity, but the disruption to our programmes will still have a financial impact.

“The welfare of our customers is paramount and the group is providing appropriate assistance to all those in resort whose return home has been delayed.”

Tui said the costs were “one-off in nature” and would be disclosed in an interim trading statement due out on May 11.

Tui added it was working with other tour operators and airlines to ensure that both regulatory authorities and governments across our source markets permit the resumption of flights as soon as possible.

Airline body Iata has estimated that the situation will cost airlines around $200 million a day in lost revenue.

European transport ministers are due to hold a video conference today to discuss whether it could be safe to lift restrictions before the ash cloud has completely disippated.

One option being discussed in the UK is for the Royal Navy to be used to repatriate those stuck overseas.

A number of airlines also flew test flights over the UK yesterday, with British Airways making a two hour trip from the airport to Cardiff with chief executive Willie Walsh on board.

The next statement from the National Air Traffic Service (Nats) is expected at 9am this morning.