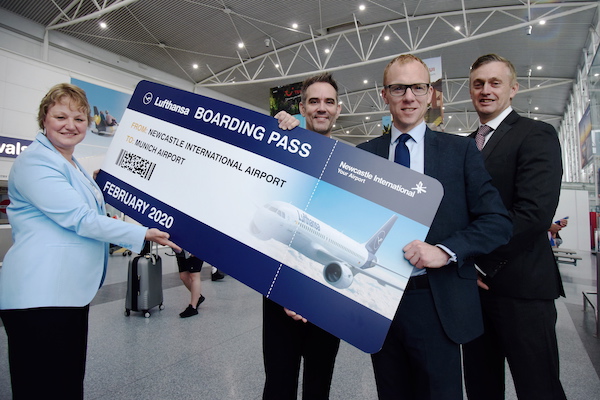 Tickets have gone on sale today for a new Lufthansa service from Newcastle to Munich, which starts on February 3, 2020.

An Airbus A319 aircraft will fly six times a week between the two cities with fares from £86 return.

This is the first Newcastle route for Lufthansa, which opening its seventh destination in the UK.

Andreas Köster, Lufthansa Group’s senior sales director for the UK, Ireland and Iceland, said: “This new service will provide our customers from Newcastle with convenient and non-stop access to one of Europe’s most visited and economically thriving cities as well as extending onward travel.”

Nick Jones, Newcastle airport chief executive, added: “From a summer city break to skiing in the picturesque Bavarian Alps, Munich and the surrounding region will provide a fantastic year-round destination option for our passengers to explore.

“This new route also opens up a wider network, including destinations such as Athens, Milan and Berlin, and the connection will allow us to promote our own region to tourists from Germany.”

Operating every day of the week except Saturday, the flight will depart Newcastle at 13.40 and arrive in Munich at 16.40.

For the return service, Lufthansa will leave Munich at 11.50 and arrive in Newcastle at 12.55.