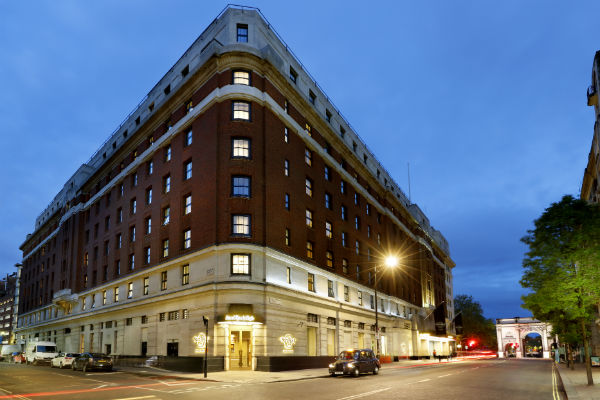 The first Hard Rock hotel in the UK has opened in London.

The 900-room property was developed with the capital’s largest hotel owner-operator glh Hotels.

The hotel is located on the corner of Oxford Street at Marble Arch.

Memorabilia throughout the property includes a letter written in 1958 by the late Buddy Holly, while he stayed at the hotel that is now Hard Rock Hotel London.

The property also features the Kirkwood piano Queen’s singer, Freddie Mercury, practiced on as a teenager.

Hard Rock Hotels senior vice president Dale Hipsh said: “The first Hard Rock Cafe was founded in London in 1971 and here we are, building on where it all began 48 years ago.

“Every Hard Rock Hotel property is one of a kind, but this one represents something special for the brand.

“This hotel is the culmination of three concepts – the cafes, hotels and Rock Shops – coming together as one in an open-lobby, community-driven environment with Hard Rock’s memorabilia as the design thread binding them together.”

The hotel’s general manager Ian Fletcher added: “Blending the DNA of the Hard Rock brand with London’s musical culture creates a memorable experience for all guests to enjoy.

“We’re excited to showcase the property’s unique offerings and signature brand amenities to visitors and locals alike – they won’t be able to find anywhere else like it in the UK.”