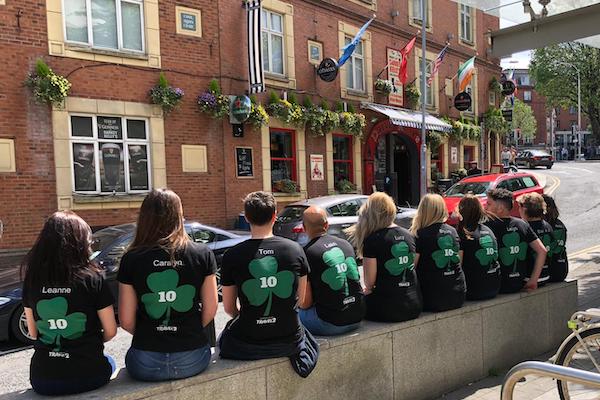 Travel agency Honeymoon Dreams took its staff to Dublin for a weekend, to celebrate the honeymoon specialist’s 10th anniversary.

The Birmingham agency was founded in 2009 by managing director Lakh Hayer, who began by creating romantic holidays for friends who were getting married.

The weekend trip for 20 employees was supported by Travel 2, which has worked with the agency since it launched.

Hayer said: “I decided to reward my staff for their hard work and dedication with an all-expenses paid trip to Dublin to celebrate 10 years of Honeymoon Dreams.”

Colin Currie, Travel 2’s head of sales, added: “We have had the great pleasure in supporting Honeymoon Dreams over the last 10 years and enjoyed seeing the business grow from strength to strength.

“We were more than happy to support them in their recent trip to Dublin, as a token of our appreciation.”

The celebrations took place in Dublin’s Temple Bar area, known for its lively pubs which are popular with stag and hen parties.

Staff wore anniversary t-shirts – so locals and tourists thought they were on a joint honeymoon – and the group also bumped into The X Factor judge Louis Walsh.

Last month, staff and friends took part in the Great Birmingham 10k race as part of their anniversary celebrations.

The agency partnered with staff from Birmingham Airport – an event sponsor – to raise money for Birmingham Children’s Hospital Charity.