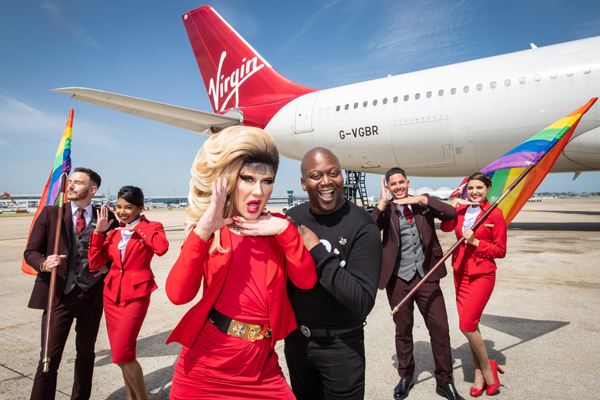 Virgin Atlantic’s Pride Flight has taken off from Heathrow this afternoon, taking passengers and some special guests to WorldPride 2019 in New York City.

The special flight will feature a performance from Tituss Burgess, star of Unbreakable Kimmy Schmidt; a set from superstar DJ Jodie Harsh and a host of drag queen games.

Tree Sequoia, an 80-year old veteran of the Stonewall Uprising, will also be on board.

Passengers will be in New York for the Pride celebrations over the weekend, marking the 50th anniversary of the Stonewall uprising in New York.

Virgin Atlantic has teamed up with NYC & Company and the Alliance for Downtown New York for a Pride itinerary including a party at the One World Observatory.

Mark Anderson, Global LGBTQ+ lead for Virgin Group, said: “At Virgin, we take our commitment to diversity and inclusion seriously. We also know how to put on a seriously fun party. To mark this momentous anniversary in the history and future of LGBTQ+ rights, we wanted to do everything possible to give customers the Pride experience of a lifetime. The doors are set to manual, and welcome drinks have been poured as the Pride Flight is finally set for take-off!”

Tituss Burgess added: “Pride is the ultimate celebration of diversity and inclusivity, and what better way to celebrate it than with a party to fly the rainbow flag above the clouds?” 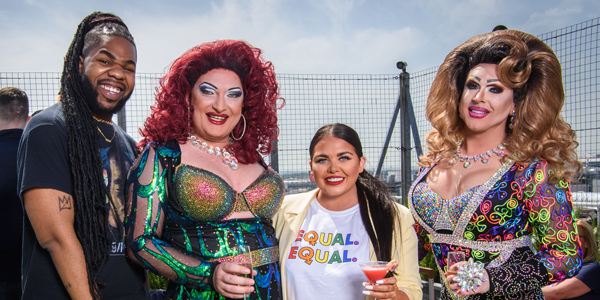