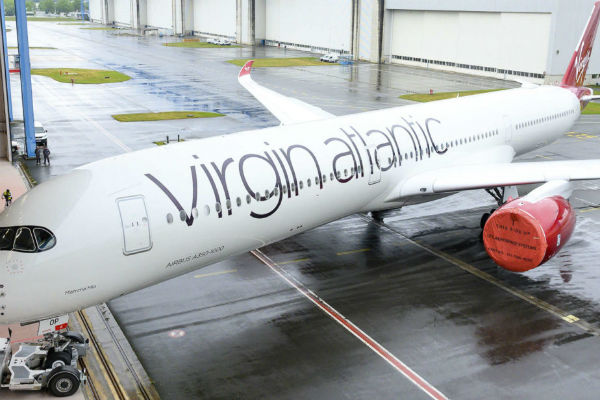 Virgin Atlantic today opened bookings for transatlantic flights by its new Airbus A350.

The aircraft’s first commercial service is expected on September 10 from Heathrow to New York JFK.

The airline’s version of the new long-range aircraft features a redesigned upper class cabin, as well as The Loft social space.

Four A350s are due to join the airline’s fleet by the end of the year and will initially fly between Heathrow and JFK.

Virgin Atlantic takes delivery of a further eight A350’s throughout 2020- 2021 with full schedule and destination information set to be revealed in due course.

All of the airline’s initial A350s will be based at Heathrow.

The final five aircraft will offer a leisure configuration and operate routes to Florida and the Caribbean from Gatwick and Manchester.

These deliveries will take place in 2021 as the airline beings to retire its Boeing 747 fleet.

Virgin Atlantic announced last month in June that it was to be the first UK airline to seal a firm order for 14 Airbus A330-900neos, with an additional six as options.