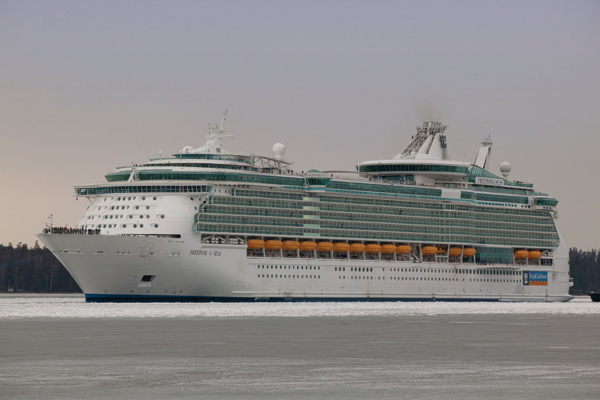 A child reportedly died after dropping 150 feet from a cruise ship after being dangled out of a window by her grandfather.

The 18-month-old girl slipped from his arms and fell from the 11th deck of Royal Caribbean International ship Freedom of the Seas.

The child is believed to have fallen onto the concrete below while the ship was docked in San Juan, Puerto Rico.

She was rushed to hospital but pronounced dead a short time later.

The girl is understood to have been from Indiana in the US on holiday with her parents and grandparents.

The ship was completing on a seven-day southern Caribbean cruise at the time.

Royal Caribbean International said: “We are deeply saddened by yesterday’s tragic incident, and our hearts go out to the family.

“We’ve made our care team available to assist the family with any resources they need. Out of respect for their privacy, we do not plan to comment further on the incident.”