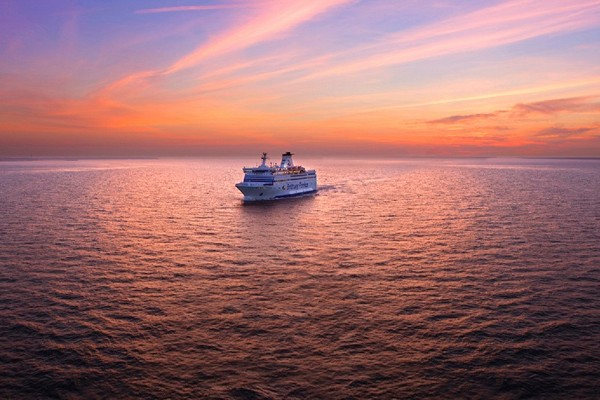 Bretagne, which was built in Chantiers de l’Atlantique in St Nazaire, France, carries the same name as the region where the ferry company began and its HQ remains today.

The 2,056-passenger ship has been calling at Portsmouth for 25 years.

Trade-friendly Brittany Ferries carries around 210,000 freight units each year and 85% of its passengers are British.

Around 300 pieces of original pieces of artwork depicting Brittany at displayed on board, including ceramics, drawings and paintings.

The line’s first LNG ship, Honfleur, is being built in Germany and is due to start sailing early next year on the line’s busiest route – Portsmouth to Caen.