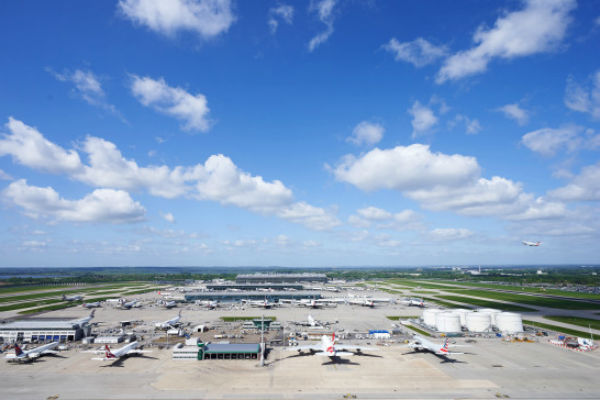 Heathrow has pledged to work with airlines on contingency plans to minimise disruption in an effort to combat “looming summer chaos” threatened by striking workers.

More than 4,000 security guards, engineers, passenger service staff and drivers are set to walk out over six days in action the Unite union claimed could “potentially shut down the airport”.

Walkouts are planned for July 26-27, August 5-6 and the August 23-24 bank holiday weekend and could affect more than a million people.

The prospect of Heathrow disruption follows 43 check-in staff at Stansted planning a strike and a ballot for industrial action by two sets of workers at Gatwick.

The action is set to compound a planned stoppage by British Airways pilots which could start as early as August 5 after pay talks broke down last week.

The strikes by staff across Heathrow’s five terminals were backed by eight separate ballots following the rejection of an 18 month pay offer amounting to 2.7%, which Unite claimed would amount to just £3.75 extra a day for the lowest paid workers involved in the dispute.

Transport secretary Chris Grayling was quoted on Saturday as saying: “Whatever the rights and wrongs of a dispute, there can’t be any justification for actively trying to disrupt people’s summer holidays at such a busy time of the year.

“I hope these unions will think twice before going ahead with these disputes and undermining people’s summer.”

But Unite regional co-ordinating officer Wayne King described a mood of  “deepening anger over pay among workers who are essential to the smooth running of Heathrow”.

He said: “Unite members ensured over 80 million passengers passed safely through Heathrow in the last 12 months and contributed massively to the airport’s huge profits last year.

“Unite and our members support Heathrow expansion and are working hard to deliver it, but we will not allow Heathrow bosses to get away with low pay.

“All our members are seeking is a pay deal that recognises their important role in keeping passengers safe and on the move, in addition to a commitment by Heathrow bosses to close pay disparities which are leading to a high turnover of staff.

“Bosses at Heathrow airport need to get their heads out of the sand and start negotiating meaningfully over pay. Otherwise there will be significant disruption to flights to and from Heathrow and the potential closure of the airport over the summer months because of industrial action.”

In response, a Heathrow spokesperson said: “We are disappointed that Unite will be taking strike action.

“Following this decision, we will be implementing contingency plans that will ensure the airport remains open and operating safely throughout any coordinated action.

“We will be working alongside our airline partners to minimise disruption caused to passengers as they look towards their well-deserved summer holidays.

“We are proud of our record as a good employer and we remain committed to finding a solution.

“We have proposed a progressive pay package giving at least a 4.6% pay rise to over 70% of our frontline colleagues. The total package offered is above RPI and is specifically designed to boost the wages of lower paid colleagues.

“We have invited our union colleagues back to the table and urge them to continue working with us to reach an agreement.”