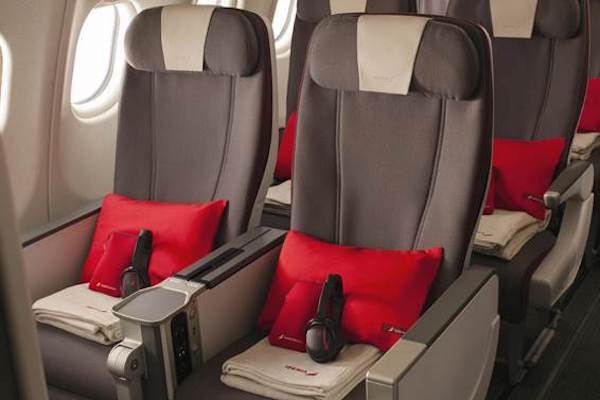 Spanish carrier Iberia claims its sustainability drive has taken out 68.5 tonnes of plastic per year on its flights.

Blankets and duvets are now wrapped in paper instead of plastic, while some of the plastic packaging within business class toiletry kits has been eliminated.

Headphones are no longer wrapped in plastic and wooden straws and stirrers are used instead of plastic ones.

Iberia’s LIFE+Zero Cabin Waste programme also aims to recycle 80% of the cabin waste generated on board, and the airline’s new aircraft are more fuel-efficient than their predecessors.

Furthermore, onboard newspapers, magazines and cockpit manuals have been replaced by digital formats.

The airline is also reducing plastic at its airport lounges in Madrid, where returnable glass bottles have replaced cans and plastic containers.