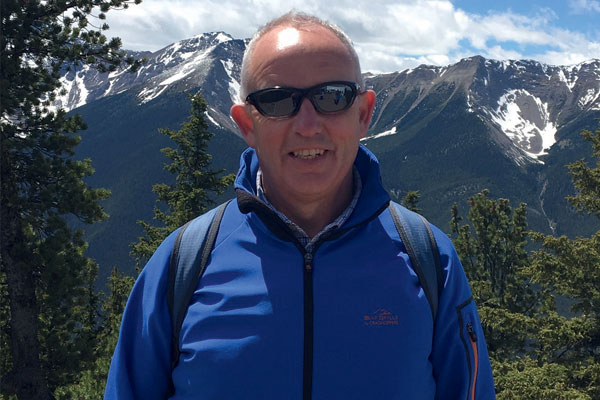 Stephen Howard is celebrating 30 years of being in business at Stephen Howard Travel in Bradford, and has seen plenty of change in that time. He speaks to Benjamin Coren.

Q. How did you get started in travel?
A. I was straight out of school into the industry in September 1976. Before I started my own business, I worked for two agencies that no longer exist. The first was Briggs and Hill in Bradford, where I spent seven years having started as a trainee. They saw something in me and at the age of 18 they put me in charge of the Halifax office, but I wasn’t officially given the manager title, I was the ‘clerk in charge’. I then moved to another independent agency called Cockcroft Travel, which was in Halifax, from 1983 to 1989.

Q. Why did you decide to go out on your own?
A. While I was at Cockcroft Travel they decided to open another branch in Wibsey, the part of Bradford where I’m currently based. I started the Cockcroft Wibsey branch in 1985 from scratch and I then realised the potential the village had, so in May 1989 I decided to open my own shop. At the time I was a competitor to  my former branch, but they didn’t remain much longer, and I’m now the only agent in Wibsey.

Q. How have you celebrated 30 years in business?
A. We’ve got a few events planned over the course of the year. Last month, Silversea and Riviera Travel co-hosted an afternoon tea celebration at a local hotel, which 71 people attended. They were clients of mine who had booked with these operators. It was a celebration with the potential for a little bit of future business too. The party was very well received, and we invited a former member of staff who was really popular, and Darren Bond business development manager at the Global Travel Group.

Q. What’s the secret to your success?
A. Up until six or seven years ago I wasn’t a big attendee of conferences. I joined Global and found the conference useful and inspirational, and they continue to really help us. You must move with the times, if I had the same approach today that I had in 1989 we probably wouldn’t be having this conversation. The basics haven’t disappeared in terms of looking after your customers, but today we must be very proactive. We use social media platforms, we do more marketing than we used to and I’m very mindful of things changing and keeping abreast of it all. We can’t afford to be old fashioned and stuck in our ways.

Q. What has been your most memorable booking?
A. One that stands out was a couple I had been booking on  cruises for years. They were celebrating their golden anniversary with a world cruise and had members of their family joining them for sectors of the trip so they could be with them on the anniversary day. At the time, it was £120,000 and that was in the late 1990s, so it was very high value and they were booking top-rank cabins. Twelve people joined that trip in total.

Q. What’s next for Stephen Howard Travel?
A. As long as I continue to enjoy what I’m doing I will keep going and evolve and change with trends in the industry. The high street is struggling in some sectors, but independent agents are growing. The high street for indies is, at the moment, not doing too bad. You need to be hands-on today and remain that way.

Q. Do you travel often?
A. Over the years I have been to some lovely places. There aren’t as many opportunities as there used to be but I recently went to the Ligurian Riviera in Italy with Classic Collection through Global, where we visited four or five hotels over the week. I went to the Maldives 10 years ago with If Only, and that was definitely my favourite fam trip.

What has been the biggest change in the last 30 years?

The forms of communication have changed a lot. In the 1980s and 1990s we were on the phone a lot and today it’s website bookings. Technology has played a huge part.

When I started, package holidays were massive and we were almost order clerks. People used to open a brochure and say, ‘I want to go here’. But it’s not like that anymore. Now, we need to sell our knowledge and abilities. Potential clients have resources out there and often do their own research. We must sell ourselves and show them why they should use an agent. In many ways the internet is a plus. It allows people to do research and have a greater knowledge, and we can use that to our advantage.

Some of the personal connections we had from making reservations in the early days have disappeared. In recent years our business has edged more towards high revenue, bespoke holidays and cruises. As my customers have aged and become wealthier, they have fallen into those categories, so we sell that here. However, we haven’t moved away from our core and still book a lot of British coach holidays.