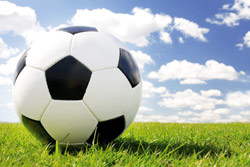 With World Cup 2010 excitement building, everyone is planning how, when and where to watch the England matches.

Agents may bemoan the fact that some customers won’t commit to travel until after the tournament, but there is another less obvious problem: staff rushing to take time off, paid or unpaid.

And while the first two matches can be viewed in the evenings, the potentially critical England v Slovenia game on Wednesday, June 23, starts at 15.00.

So, just how do you manage this vital match – and, if England get through their group, any further games – without having to deal with increased sickness absence, squabbles and resentment?

Many businesses report an increase in staff throwing ‘sickies’ at World Cup time. This may be due to their determination to watch a match regardless, or the after-effects of alcohol-fuelled celebrations.

There have also been unwanted consequences when requests for leave have been refused. These range from accusations of favouritism to discrimination. The sex and racial discrimination acts have even been brought into play on occasions.

So how do you avoid unwanted aggravation and encourage staff co-operation? The following strategies may help.

The World Cup is a massive team-building opportunity too. If you set up TV screens for the main matches, make sure that managers join their staff to watch, as this will create a great feeling of camaraderie.

So, with a little planning, everyone should enjoy a month of great football without any workplace own-goals.

Most employers have no plans to manage staff absence during the World Cup, according to a poll of more than 1,000 companies on the website of the Chartered Institute of Personnel and Development.

It says some employers regard the World Cup as an opportunity to rebuild employee morale after the lows of the recession. CIPD adviser John McGurk said: “Research suggests that when employers demonstrate they care about their staff and their interests outside of work, employees are more likely to go the extra mile.”

Meanwhile, a survey of company bosses in London has revealed most won’t give employees time off to watch the England games.

It found that 60% of firms will ask staff to take annual leave if they want to watch the matches during work hours.

Close Invoice Finance, which undertook the survey, blames the recession for the crackdown on absenteeism during the World Cup.