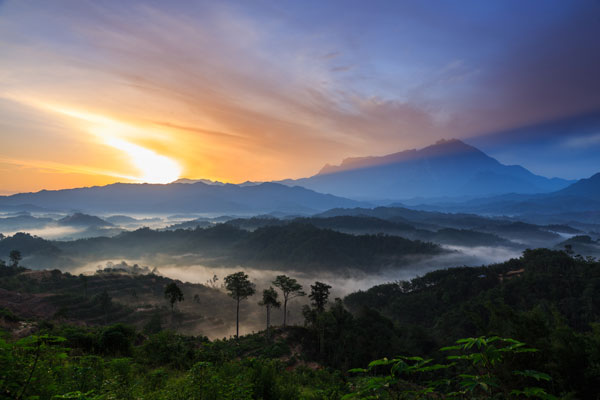 Get closer to nature in the jungles of the Malaysian state of Sabah, Borneo, says Ronan O’Shea.

That said, big as it is, the reptile in front of me, curled around a tree branch, looks relatively benign. Or at least asleep. “That’s a viper,” says our guide, pointing a torch towards the creature. It’s 6am, and unlike us, the snake has yet to rise and shine.

I’m staying at Shangri-La’s Rasa Ria Resort in the Malaysian province of Sabah, in northern Borneo, and taking a sunrise hike up to a wooden viewing platform that looks out over Unesco-listed site Mount Kinabalu.

The view alone is worth the long trip from London, though the pastry-laden, champagne-infused sunrise breakfast is the icing on the cake.

Speaking to the hotel’s marketing director, Saurabh Upadhyay, I’m told Rasa Ria has a total land area of 400 acres, which includes a 64-acre nature reserve and an 18-hole golf course. It’s also home to a spa and fine-dining restaurants, while the rooms are spacious and comfortable, and come with a balcony hot tub. However, it’s the friendly and dedicated service of the staff that truly stands out.

The resort introduced a number of new guest experiences last year, along with a Discovery Centre where guests can learn more about the reserve’s wildlife, which includes the endangered pangolin, slow loris, more than 60 species of birds and 100 species of butterflies.

Activities include jungle treks in the morning and at night, the latter requiring the use of night-vision goggles. Furthermore, Rasa Ria operates a number of activities for children, including a supervised pool and a kids’ club
for five to 11-year-olds.

The resort is split into two wings. Garden Wing is more family-focused, while Ocean Wing is better suited to couples and those seeking a quieter holiday. But while you can get away from the hubbub here, there’s plenty to connect guests with the local area, not least its twice-weekly cultural performances from Sabah’s largest ethnic tribes, the Kadazan-Dusun and Murut people. 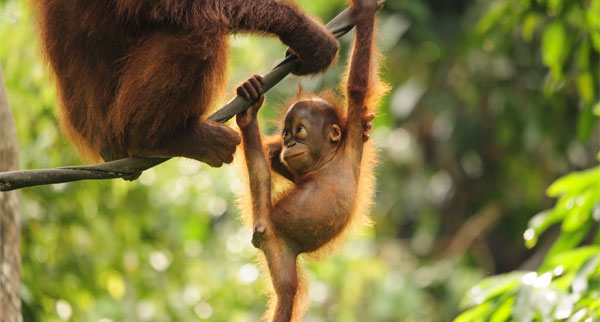 “The strength of the destination is conservation,” says Hana Harun, communications manager for Sabah Tourism Board. “The majority of attractions are nature-based, and mostly located on the east coast of Sabah. Mount Kinabalu has a carrying limit of 130 climbers a day to maintain the environment, as it’s a Unesco World Heritage Site.”

Birdwatching is a key draw, as is the Sepilok Orangutan Rehabilitation Centre. A short flight away (with spectacular aerial views of Mount Kinabalu), the centre has been rehabilitating endangered orangutans for years, and also has a rehabilitation centre for sun bears, another species under threat.

The visit is well worth the early-morning flight, though of course sightings of the animals can’t be guaranteed in an environment designed to resemble their
natural habitat.

But whether it’s a family adventure, a romantic honeymoon or a group of friends, the mix of stunning natural wonders, exotic wildlife and fantastic restaurants make both Rasa Ria and Sabah ideal for an adventurous holiday
in Asia.

Pygmy elephant: Look out for the smallest elephant on Earth. Some estimates put their number at fewer than 1,500, mostly in Sabah.

Proboscis monkeys: With their distinctive nose, and protruding belly, locals called this the Dutch monkey for its supposed resemblance to colonial Dutch traders.

Western tarsier: These goggle-eyed nocturnal primates are a must-see for the curiosity value alone. 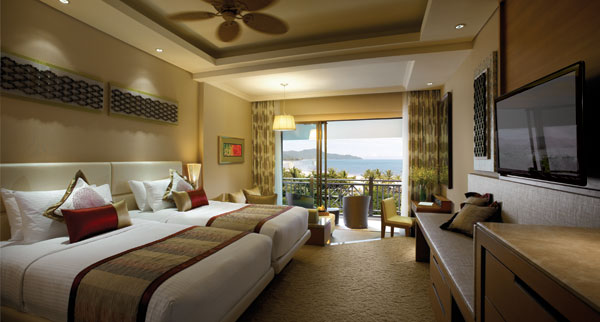 A Singapore Airlines flight from Heathrow to Kota Kinabalu, via Singapore, costs from £610, and £3,485 in business class.
singaporeairlines.com