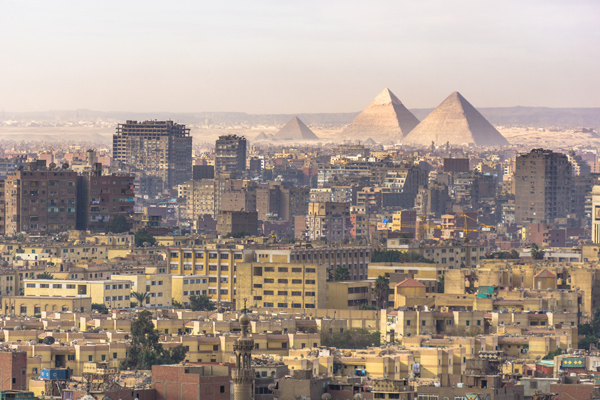 The abrupt suspension of British Airways’ service between Heathrow and Cairo is being maintained despite Lufthansa resuming flights dropped for a day.

The UK flag carrier confirmed that its connection to the Egyptian capital had been suspended for seven days from Saturday as a “precaution”.

Lufthansa also stopped flights between Frankfurt and Cairo but they were reinstated on Sunday.

BA’s decision, which came as passengers were about to board an aircraft at Heathrow, reportedly came after a routine visit by the Department of Transport to check security at Cairo airport.

Foreign and Commonwealth Office travel advice says that there is “a heightened risk of terrorism against aviation.

More: Talks about a return of flights to Sharm postponed

“Additional security measures are in place for flights departing from Egypt to the UK. You should co-operate fully with security officials at airports.”

BA said: “We constantly review our security arrangements at all our airports around the world, and have suspended flights to Cairo for seven days as a precaution to allow for further assessment.

“The safety and security of our customers and crew is always our priority, and we would never operate an aircraft unless it was safe to do so.”

Egypt’s aviation minister, Younis al Masry, has met the British ambassador for the country to reportedly “express his displeasure at British Airways taking a decision unilaterally concerning the security of Egyptian airports without referring to the competent Egyptian authorities”.

Egyptair is continuing to fly twice daily between Heathrow and Cairo – with flights from UK airports to other parts of Egypt still scheduled.

However, flights from the UK to Sharm El Sheikh remain suspended following the bomb explosion that destroyed a Russian charter flight over Egypt’s Sinai peninsula in October 2015 after it had departed the Red Sea resort’s airport.

Passengers due to fly with BA to Cairo this week are being advised to contact the airline on 0844 493 0787 for further information.