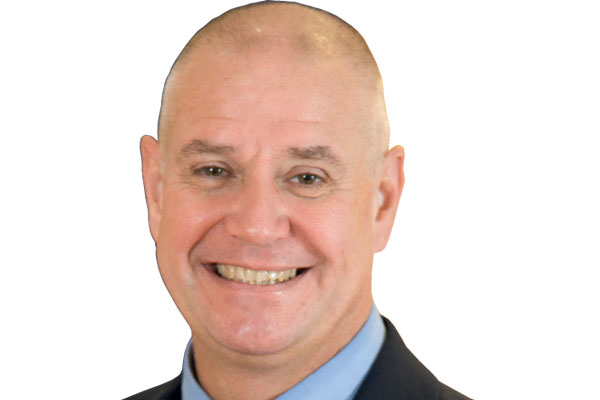 From the scale of a map to a colleague’s view of your waistline, size really odes matter, says Colin.

What sort of travel agent are you?” asked the angry, finger-pointing customer. “Cos I’m telling you, you are wrong!”

My crime? I had just advised him that it wasn’t possible to drive from Las Vegas to the Grand Canyon for the morning and then drive on up to Yellowstone for the afternoon. At this point, he rummaged in his backpack and produced his pocket atlas, adding: “Just you look at this.”

His seven-night fly-drive itinerary, neatly marked out in red ballpoint pen was to include Vegas, the Grand Canyon, Yellowstone, Seattle, Washington DC and New York. “See,” he went on. “The Grand Canyon to Yellowstone is only that far” – showing me a half-inch gap between his thumb and forefinger.

“Yes, but on the same scale, the UK is about the size of the ball in your red pen, sir.”

He took some convincing, but after a lot of help from Google Maps, some in-depth questioning about what was most important about his trip, and a recommendation that he buys a bigger atlas next time, he booked a one-week stay at the Bellagio with a nice little side trip to the Grand Canyon. Sorted!

Off he stomped to the local bookshop with a “Right! I’m off to get a refund on this useless atlas they sold me.” Wonder what he will spend that 49p on…

Our founder, John Hays has also had to think about size recently, too. You see, when you own the UK’s largest independent travel agency, and invite your entire workforce round for a garden party, you have to be sure that you can accommodate the almost 600 people who descend on you!

Actually, it was big enough for not just all of us, but also the live band, the hog roast and the dancefloor. This is one of John’s ways to say thank you for all the work we do. We had a great afternoon, with John and his lovely wife Irene serving unlimited Pimm’s and prosecco, and generally making sure that everyone had everything they needed.

Based upon their achievements over the year, some branches are lucky enough to receive V.I.Pee invitations. That’s not a typo, by the way. One of those branches’ extra benefits is that they are allowed to use the indoor toilet, instead of queuing for a Portaloo in the garden.

Finally, a question of size has resulted in my ego getting up and walking off in a right huff. We have a new team member, Dane, who had worked with our Kirsty in the past. So one of the girls asked Kirsty: “What’s he like?”

“He’s a great seller, loads of experience and very knowledgeable,” was her reply.

The reply? “Ah no, not at all. He’s just like Colin, only younger and slimmer.”

If any of you find my ego lying in a gutter somewhere, please pick it up, give it a stroke and return it to me. It’ll take a lot of US map-reading to recover from that one.

Val’s phone call had us crying with laughter

We love a bit of fun in the office, and we have some great banter with our customers. Last week, our Val called a customer to tell him his tickets were ready to collect. After Val introduces herself, the customer replies “Yes, I’m here.”

By this point the customer and the rest of the team are crying with laughter because the customer is in the shop. He keeps Val going with his “Yes, yes, I’m here” for a couple of minutes before walking closer and saying “No man! I’m here you daft bat!” What followed can only be described as a few friendly expletives!