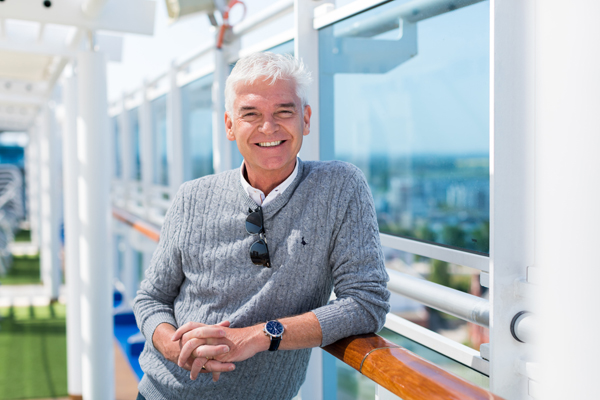 The line has used Schofield, who is best known for hosting ITV shows such as This Morning and The Cube, as a brand ambassador for the past two years.

He became the line’s first-ever UK brand ambassador when he signed the initial agreement in 2017.

The news was announced by Princess Cruises’ UK and Europe vice president Tony Roberts on board Crown Princess ship on Wednesday.

Roberts said: “This is not someone that we are paying to advertise our brand, this is someone that has actually come on board and has really experienced the Princess product.

“As the product develops, [Schofield] is part of that journey.”

Schofield has taken several Princess voyages including to the Baltics and Mediterranean.

The line said the new partnership will see Schofield “make further discoveries on and off Princess ships” as well as testing out its wearable personalisation technology, Ocean Medallion.

A series of videos filmed during his time onboard are available on YouTube and on princess.com.

Schofield said:  “It’s the little things that make cruising with Princess so special: I’ll continue to highlight these to help show their commitment to embracing discovery and relaxation.”