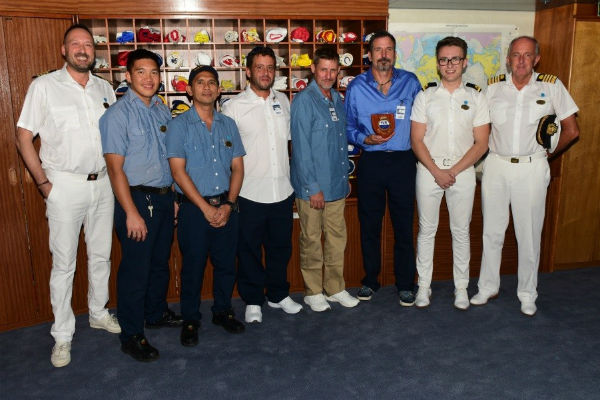 A cruise ship rescued three sailors who were forced to take to a life raft after their boat sank in the Caribbean.

Princess Cruises’ Sea Princess was called in to help after distress calls were received from a stricken vessel off Curacao in the Lesser Antilles.

The ship, on a world cruise, turned around and sailed 60 nautical miles to reach the three sailors where a fast rescue boat was lowered to retrieve them from their life raft just before midnight on Sunday.

A tanker had been standing by but had been unable to lower a rescue boat in the prevailing conditions.

The three sailors were taken on board Sea Princess and admitted to the ship’s medical centre. They have been given a clean bill of health.

The ship resumed sailing and arrived at Willemstad, the capital of Curacao, with a slight delay.

The vessel will navigate the Panama Canal today (Tuesday) on a homeward leg to Sydney across the Pacific.

Princess Cruises UK and Europe vice president Tony Roberts said: “We are very proud that the captain and crew of Sea Princess were able to act quickly and effectively in the assistance of others in distress at sea.”