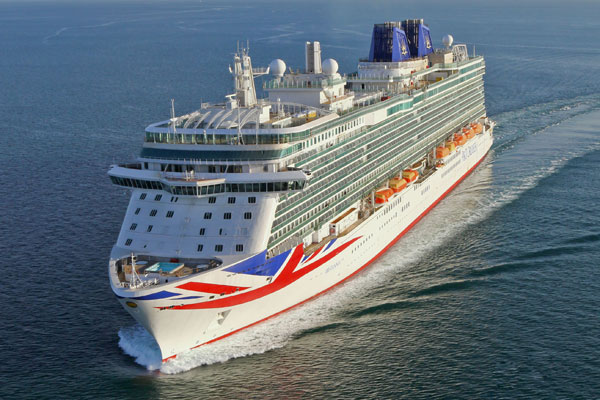 A fight on board P&O Cruises’ Britannia, dubbed a “mass brawl” by UK mainstream media, has been dismissed by the industry as an “isolated incident” that was “blown out of proportion”.

Six people were injured in the fight, which broke out in the early hours of last Friday, and two people were arrested at the end of its week-long round-trip cruise to Norway.

The fight reportedly broke out between two groups of passengers in Britannia’s Horizon restaurant – one of 20 food and drink venues on the 3,647-capacity ship.

Good Morning Britain journalist Richard Gaisford, who was on board, tweeted of a “violent late night brawl”. He said witnesses described passengers using “furniture and plates as weapons”.

Gaisford’s comments were picked up by numerous national news outlets. Sky News and the BBC both called it a “mass brawl”. Cruise specialist agents played down the incident. Senior cruise consultant Poppy Outram said “a very small number” of Bolsover Cruise Club’s future cruise customers had expressed concerns following the incident, but none of the agency’s more than 450 passengers on

Phil Nuttall, chief executive of The Travel Village Group, said: “This incident was serious, but let’s not get carried away.”

James Johnson, of London-based Pure Holidays, who has previously worked selling future cruises on various P&O ships, said: “This is not usual behaviour from passengers. It’s been blown out of proportion.”

In response, Clia highlighted its website’s information about onboard security and sent memos to agents.

A 43-year-old man from Ilford, Essex, and a 41-year-old woman from Chigwell, Essex, arrested on suspicion of assault, have since been released from custody. A police investigation is under way.