Agents and former staff were among those to pay heartfelt tributes to Super Break and its employees after parent company Malvern Group’s unexpected collapse last Thursday.

The short-break operator and its direct-sell sister brand LateRooms employed 253 staff across sites in York and Manchester.

All have been let go except for 43 staff who have been retained while the administrators assess options for the business and seek buyers.

Steve Williams, commercial director at Malvern Group, sent out his own personal plea: “To all staff who find themselves in a position of uncertainty following the gut-wrenching events of last week, keep your chin up, put your best foot forward, be proud of what we achieved and embrace the opportunities that are to come.”

Super Break’s head of trade sales, Gary Gillespie, thanked the trade for its support, saying: “I’m incredibly grateful and proud of all that’s been achieved at Super Break in the last 30 years and I’d like to send a heartfelt thank you to our agents and industry friends for their support.”

For agents, Super Break was the go-to brand to book a UK hotel and theatre break, and despite its move to offer flight-inclusive and Eurostar packages in the last decade, it retained its reputation as a domestic specialist.

It was also known as a fun brand that embraced the social side of the industry. Members of its sales team were familiar faces at industry events.

Tickets Travel owner Diane Coleman said: “It’s sad to see any company go under – some you expect, but what a shock to hear about Super Break. I’m so sorry for all the hard-working staff who have lost their jobs and sorry for our industry to lose such a respected and supportive company.”

Westoe Travel owner Graeme Brett credited Super Break with helping the agency win awards. He added: “Hopefully another company can see the huge potential and take over the business.”

Premier Travel director Paul Waters said: “The industry was a bit reliant on Super Break. If someone takes it on, we should support it.”

Former Super Break national sales manager Graham Balmforth, who retired 18 months ago, was one of many who reacted on social media. “Hopefully a light will soon shine at the end of the tunnel,” he tweeted. 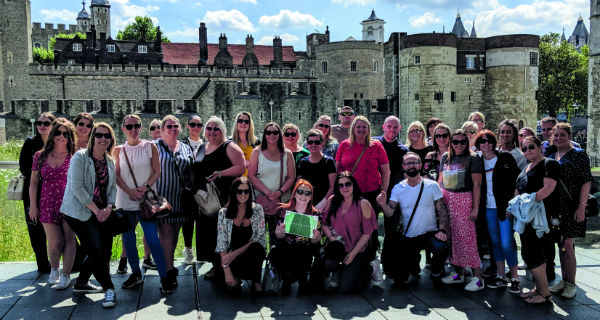 Such is the strength of feeling for the brand and its staff that Michelle Laverick, vice-chair of the Association of Women Travel Executives, mooted working with recruitment partners to support and advise employees.

“For those made redundant, it isn’t necessarily just about financial security that has an impact, it can also be the loss of belonging and the insecurity this brings. The travel industry is a social industry and for many it may be their main social outlet.”

As Super Break’s era comes to a close, it is abundantly clear the operator was one of the trade’s firm favourites.

1990: Management buyout by team including Nick Cust, who went on to become joint managing director

Aspire’s Leaders of Luxury to return as in-person event