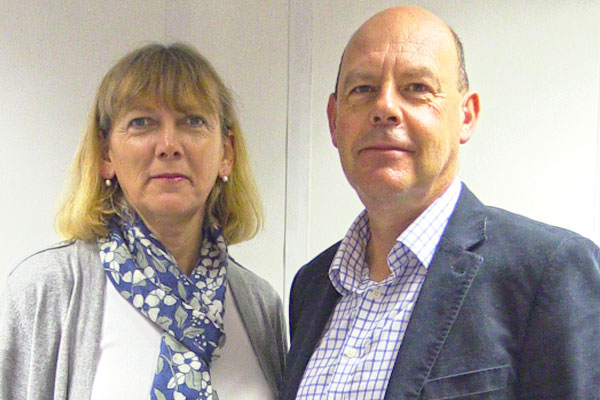 Stephen Manning started as a GoCruise & Travel franchisee three years ago with wife Michaela. He tells Benjamin Coren how he has used his role in the industry to support charities.

Q. When did you become a travel agent?
A. My wife and I have been franchisees for GoCruise & Travel for three years, working from home. Before that we both had very different careers. Michaela was an investment banker in London and I was a research fellow at the University of Exeter in the field of military history.

Q. What made you become an agent?
A. I was selling and arranging battlefield tours in South Africa with Somak Travel under their Atol. Travel was an industry I liked and I wanted to get more involved in, and my wife wanted a fresh challenge. The chance to buy the franchise came up and it seemed like a good opportunity. I knew some of the franchisees and I got on well with one of the managers too. We’re not set firm targets so there’s not a large amount of pressor on us to meet targets which is great for a last job before retirement.

Q. How do you generate business?
A. We have lived in Topsham, outside Exeter, for almost 20 years so we know a lot of people in the community and around East Devon. We’ve had marquees at regional shows such as the Dartmouth Regatta. These events are really good ways of meeting people and it helps you network. We are building friendships outside of our customer base, which is a very enjoyable part of the job.

Q. You recently climbed Morocco’s Mount Toubkal for the Royal Marines Charity. How did that come about?
A. Through my previous charity work with Topsham Rugby, I met the chairman of Exeter Chiefs rugby club, Tony Rowe, an ex-Royal Marine. He invited me to attend the club’s annual dinner and I really bought into the needs of the charity. There’s a lot of post-traumatic stress, and I couldn’t believe the needs of these people. I found out that hiking in the mountains is good for wellbeing, so I had the idea of leading a group to the summit of Mount Toubkal in Morocco. I have a good relationship with Exodus Travels, so asked Ian Langford [business development manager] to put together a tour for 20 people, which he did with the help of colleague Paula Mason. Neither GoCruise & Travel nor Exodus made any profit on the tour and the low price meant we were able to fund four Royal Marines suffering from post-traumatic stress disorder. We live near the Royal Marines training base in Lympstone, near Exeter, and have become heavily involved with the local Royal Marines charity – The West Country 100. The charity is a group of local business that help Royal Marines, both veterans and those still serving.

Q. Will you do more hikes for charity?
A. We want to do two hikes next year, one will be female marines and the wives of affected marines next June, which my wife will join, and a mixed trip. The wives are frontline support when marines come home from conflict, they cope with mood swings and can be shouted at.  For the last hike, we asked people to pay an extra £100 to £150, which paid for the marines to go. In  total we raised £5,000 and we are hoping to reach at least £6,000 by the end of August.

Q. What do you love about the trade?
A. When we started out, we had clients in Alaska who needed to get to Seattle. They called us one night saying the flight had been changed, but the airline hadn’t booked them onto the new flight. My wife was then on the phone for three hours to America and got them transferred. We called their hotel, the Kimpton Hotel in Seattle, explained what had happened and put a bottle of champagne in the room. Before my wife could pay for it the hotel said, ‘don’t worry, we’re in this together’ and they put the bottle in at their own expense. Having come from a dog-eat-dog industry, it’s great that people pull together to make things work, it’s refreshing. 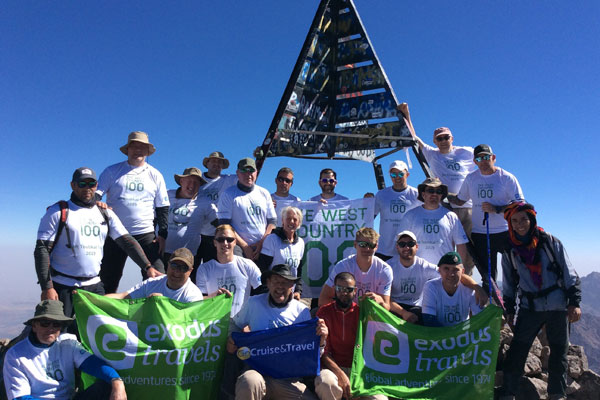 When we arrived at Gatwick we met with three marines suffering with PTSD, and one who was injured by an IED (improvised explosive device) in Afghanistan.

At the airport, it seemed like nothing was going on behind the eyes but by the end of the trip they were smiling and laughing – one of the guys said to me this was the first time in five years he hadn’t had a nightmare.

It is a well-known fact that just being surrounded by mountains is great aid to mental health recovery. Mount Toubkal is the highest mountain in North Africa at 4,167 metres. The climb is a challenge and gives you time to reflect. It was the perfect antidote for stress relief. The trip took seven days and six nights, four of which were under canvas.

The marines have an ethos for determination, trust and mental strength. One of the business owners hiking with us was given a Royal Marines dagger for demonstrating his mental strength.