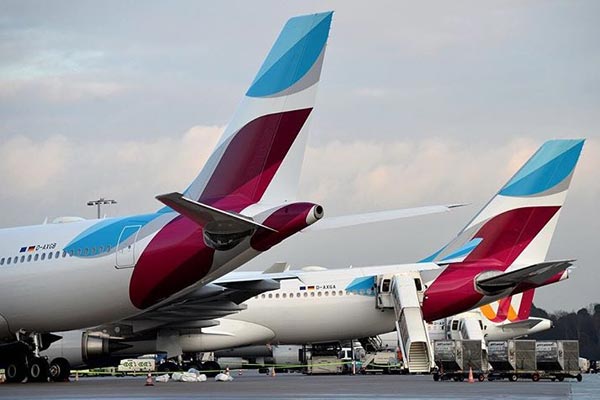 Lufthansa will expand its group long-haul network between Germany and the US next summer with new services by low-cost subsidiary Eurowings in a reversal of a strategy announced only in June.

The Lufthansa Group announced the launch of new Eurowings US flights targeting tourism traffic from Munich and Frankfurt after telling investors it would rein in Eurowings’ expansion and cap its long-haul schedule.

Group chief executive Carsten Spohr told investors and analysts on June 24 that Eurowings would “focus on short-haul services in future”.

He reversed plans to merge Brussels Airlines with Eurowings and promised “a clear focus on short-haul point-to-point operations”.

Yet on Thursday, Lufthansa announced an expanded Eurowings long-haul offering with new services to Las Vegas, Phoenix, Orlando and Anchorage (Alaska) as well as Lufthansa flights to Detroit and Seattle, saying: “The majority of flights will operate in cooperation with Eurowings.”

The Eurowings services “will use a fleet of Airbus A330 aircraft”.

In June, Lufthansa announced standardisation of the Eurowings fleet “on the Airbus A320 family” as part of “a comprehensive set of measures to turn around Eurowings”.

Lufthansa made Eurowings its main point-to-point carrier in Europe in 2015 and expanded it to a handful of long-haul services in 2016. But Eurowings has consistently lost money.

After Lufthansa issued a second profit warning in as many months in June, Spohr insisted: “Eurowings should be returned to profit as soon as possible.”

In first-half results for this year, announced last week, Lufthansa reported a group loss of €116 million compared with a €713 million profit in the first half of 2018.

Eurowings will fly five times a week from Frankfurt to Phoenix from next April, three times a week to Anchorage, and extend a Las Vegas service due to begin this winter through the summer.

Eurowings already operates to five US cities from Dusseldorf.

Lufthansa will also launch from Munich to Bangalore in India.