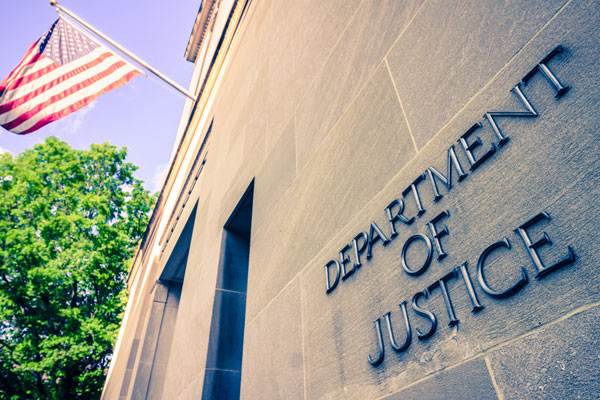 The US Department of Justice (DoJ) sought to block Sabre’s this week by filing an antitrust lawsuit.

Sabre hit back, saying the DoJ “claims lack a basis in reality and reflect a fundamental misunderstanding”.

Sean Menke, Sabre president and chief executive, insisted: “The transaction will be completed.”

However, court papers filed by the DoJ accused Sabre of seeking “to eliminate” a competitor by acquiring it”.

The DoJ lawsuit argues Sabre and Farelogix “compete head to head to provide booking services to airlines . . . [and] the acquisition would eliminate competition that has substantially benefitted airlines and consumers”.

“The transaction would allow Sabre, the largest booking services provider in the United States, to eliminate a disruptive competitor that . . . is poised to grow significantly.”

“If allowed to proceed, the acquisition would likely result in higher prices, reduced quality and less innovation for airlines and, ultimately, American consumers.”

The DoJ notes Sabre has a US market share of airline bookings through agencies of “over 50%”.

It alleges: “For many years, Sabre has operated outdated technology and resisted innovation.

“Airlines have leveraged their ability to turn to Farelogix to negotiate lower fees with Sabre and the other GDSs, and to reduce their reliance on GDSs for booking services.

“Farelogix has also pioneered the development of new technology that empowers airlines to make a wider array of offers to travellers who book through travel agencies.

“This new technology enables . . . choices not available to travellers through Sabre’s legacy technology.”

The complaint, filed in the US District Court of Delaware, also alleges Sabre executives “have acknowledged that acquiring Farelogix would eliminate a competitive threat”.

It claims: “Sabre’s attempt to acquire Farelogix follows many other attempts by Sabre to neutralise its competitor, including a campaign to ‘shut down Farelogix’.

“Sabre seeks to eliminate this scrappy competitor once and for all by acquiring it.”

Sabre hit back saying it would challenge the lawsuit and said: “Sabre is confident of the pro-competitive nature of this transaction, that it will succeed in court and that the transaction will ultimately be completed.

“The DOJ’s claims lack a basis in reality and reflect a fundamental misunderstanding of the industry.

“The DOJ claims Sabre and Farelogix compete head to head for airline bookings in the United States, but that miss-states Farelogix’s role in the industry.

“Sabre and Farelogix offer complementary services and this transaction is the continuation of an already successful collaboration between the two companies.”

“In addition, Sabre has committed to offer to extend any existing Sabre GDS or Farelogix Open Connect contracts on the same terms, including price, for a period of at least three years.”

Menke said: “Sabre’s goal in acquiring Farelogix is to strengthen our ability to provide our airline and agency customers with the next-generation retailing, distribution, and fulfilment products and services they need.”