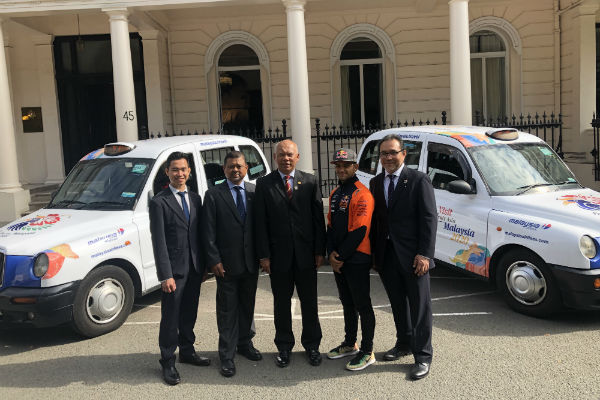 Tourism Malaysia has launched its 2020 UK campaign in partnership with Malaysian Airlines to drive tourism to the country.

Its first UK campaign in five years includes advertising on 135 London taxis and two buses to highlight flights from the capital on Malaysia Airlines’ new A350 aircraft.

It also promotes the destination’s motor sport offering, with events due to be held throughout the campaign.

Tourism Malaysia has partnered with Sepang International Circuit to boost motor sport tourism. It will host the penultimate round of the 2019 MotoGP World Championship on November 1-3, and both the FIM Endurance World Championship and FIA World Touring Car Cup in December.

Danile Bainbridge, Malaysia Airlines’ regional manager for the UK said: “Malaysia Airlines has been committed form the start to making the Visit Malaysia 2020 campaign a great success, and we look forward to welcoming tourists from around the world.”

Datuk Mohamad Sadik Kethergany, high commissioner of Malaysia to the United Kingdom, added: “The UK is a key market for us in Europe. UK arrivals have been growing and this year we recorded 20,000 arrivals.”

The UK ranks as the second highest for tourist expenditure in Malaysia per capita, after Saudi Arabia.