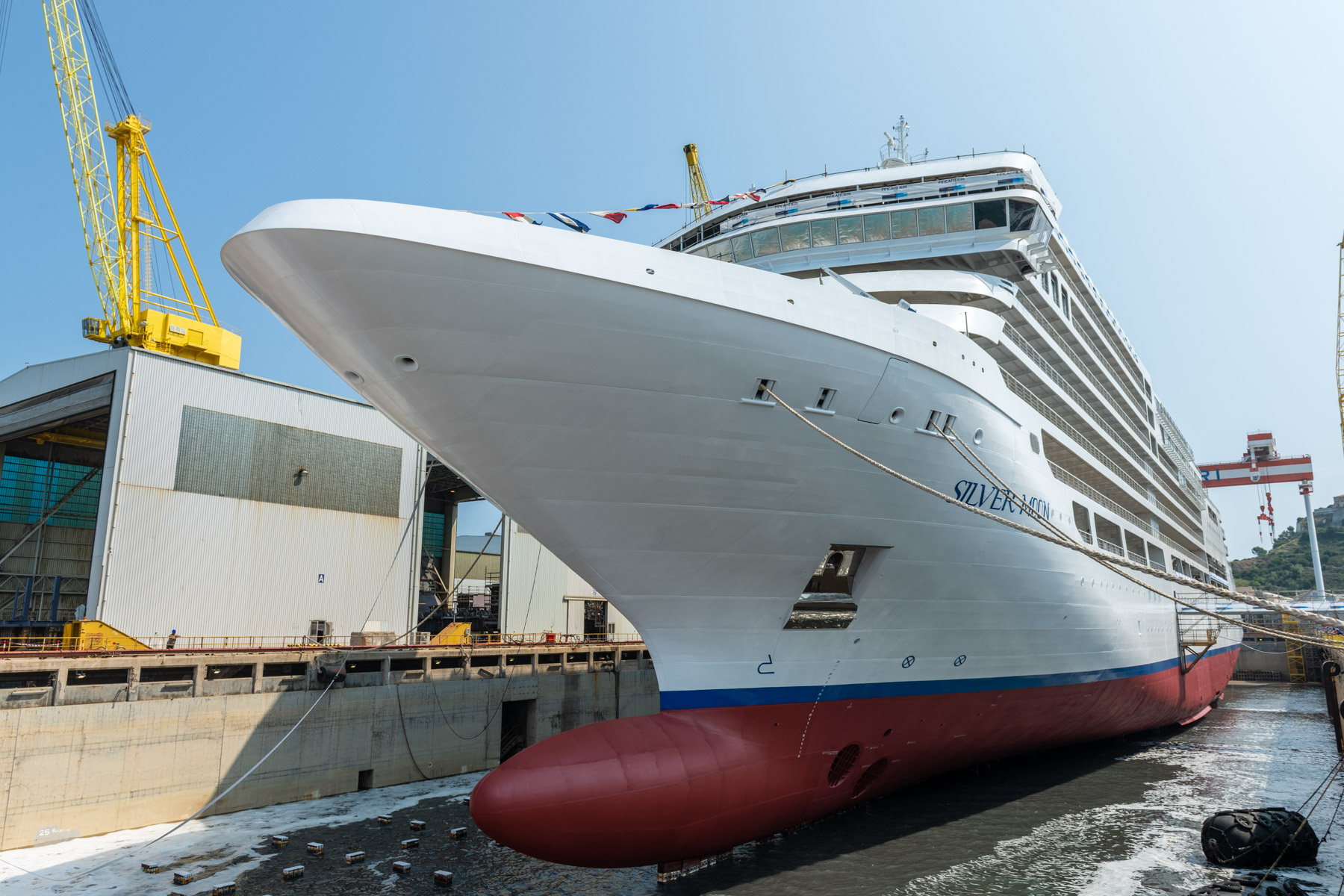 Silversea has taken a major step towards launching its ninth vessel – Silver Moon – by holding the ship’s coin ceremony at Fincantieri yard in Italy.

Press and dignitaries boarded the 596-passenger vessel in Ancona on Thursday to watch shipyard godmother, or madrina, Roberta Bonisiol, who is an architect at Fincantieri, carry out the ancient maritime tradition of welding a coin to the ship.

Although the luxury line is yet to name the ship’s official godmother, it is common for a madrina – the Italian word for “godmother” – to be asked to play the leading role at the coin ceremony.

Following the ceremony, Sliversea executive chairman Manfredi Lefebvre d’Ovidio (pictured) told a crowd at the shipyard how Silver Moon would be part of the line’s fleet which he hopes will soon exceed 12 vessels. The ship will also float out today at the yard. 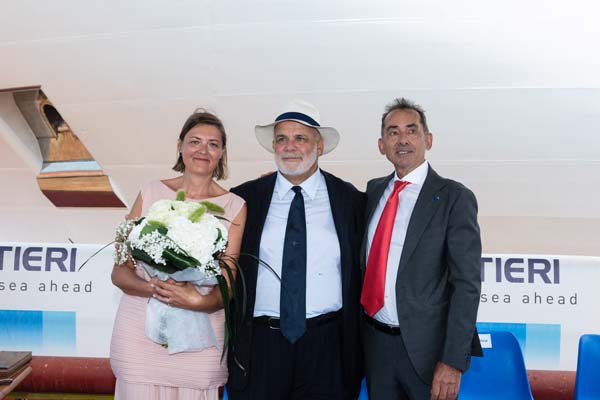 Currently, the line has eight vessels in its fleet which contains both classic and expedition ships. Silver Moon is due to launch in August 2020.

Lefebvre d’Ovidio aims to fulfil his father’s dying wish of operating a fleet of 12-plus vessels.

Lefebvre d’Ovidio said his father’s wish helped him with his decision to sell a majority stake in the line to Royal Caribbean Cruises last year.

The line has the option to build another Muse-class vessel at Fincantieri’s Ancona shipyard which it has to decide whether to fulfil by March next year.

Two Evolution-class vessels will launch from 2022.

A new culinary programme Sea And Land Taste (SALT) will debut on Silver Moon, which will also have enhanced and expanded bars, restaurants and lounges.

SALT will offer passengers food which relates to the region where Silver Moon is sailing and will have three venues on board – SALT Kitchen, SALT Bar and SALT Lab.

SALT Kitchen will be the third largest restaurant onboard with a capacity for nearly 160 guests, while SALT Bar will offer passengers local cocktails, wines and spirits.

Workshops, demonstrations and lectures by chefs and food experts will be available at SALT Lab.