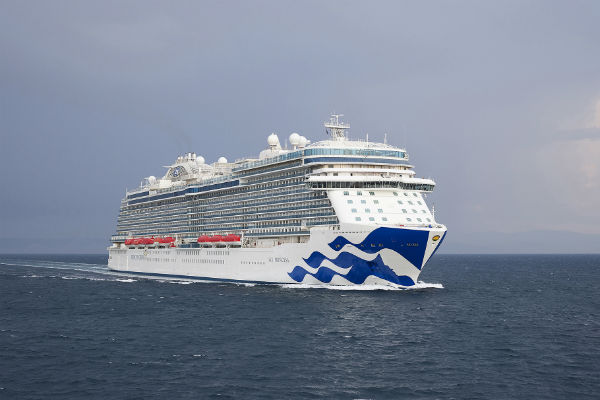 New ship Sky Princess has completed sea trials ahead of its maiden voyage next month.

The latest Princess Cruises’ vessel is set to enter service on October 20 on a seven-day Mediterranean and Adriatic itinerary.

The 3,660-passenger ship will sail a short season in the Mediterranean before moving to the Caribbean.

Described as an “evolution” of Royal Princess, Regal Princess and Majestic Princess, Sky Princess will then return to spend April to September, 2020, on a Scandinavia and Russia itinerary from Copenhagen.

The six days of trials saw the ship tested through a series of manoeuvres to test the propulsion, steering and navigational equipment.

Sky Princess is undergoing further exterior and interior finishing at the Fincantieri shipyard in Monfalcone, Italy, in preparation for entry into service next month.

The Princess Cruises fleet will continue to expand with the launch of Enchanted Princess – to be named in Southampton in June next year – and three additional ships arriving in 2021, 2023 and 2025.