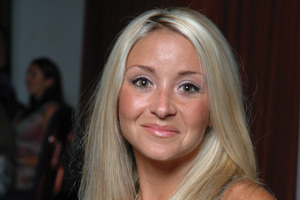 Friends and ex-colleagues have defended Big Brother contestant Keeley Johnson after she was branded Cruella De Vil by her fellow housemates.

Johnson, who quit her job as manager of The Co-operative Travel branch in Oldham to enter the house last Friday, immediately angered fellow contestants by describing the house as “small and scruffy” and calling fellow housemate Ben “just a socialite who needed a haircut”.

However, Trevor Davis, head of retail distribution at The Co-operative Travel, believes she could still be crowned the winner of the last-ever Big Brother.

“As manager of our Oldham branch, Keeley was incredibly successful, building a loyal customer base thanks to her knowledge, professionalism and bubbly personality,” he said.

“Hopefully, she can translate the popularity she enjoyed as a travel adviser into the Big Brother house.”

Leigh Lavery, Gold Medal sales and business development manager for the north, said Johnson should show her “fun side”.

“She was always extremely dedicated and driven in her work; aI think she may have gone in to the house a little too competitively to start off with,” she said.

“As soon as she relaxes and shows her fun side she’ll do great.”

Johnson’s outspoken personality has created a stir in the national media. The Co-operative Travel has been flooded with calls from national newspapers looking for a scoop on Johnson – but staff have been advised to remain tight-lipped.