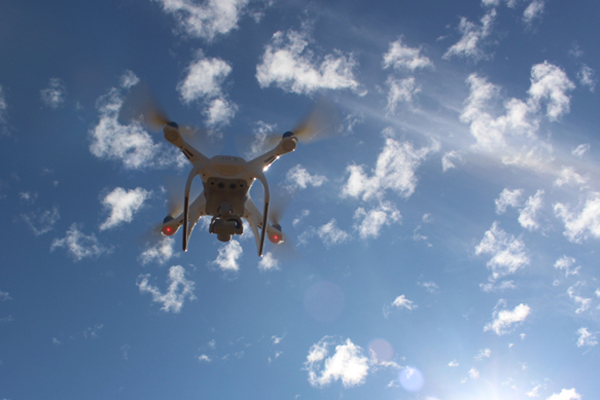 Police have pledged to clampdown on climate change protestors planning to disrupt flights by flying drones near Heathrow tomorrow.

Demonstrators aim to use toy drones within the no-fly zone as part of efforts to halt the airport’s planned expansion.

The Friday the 13th action is being co-ordinated by activist group Heathrow Pause.

Metropolitan Police deputy assistant commissioner Laurence Taylor said a “robust policing plan” would see extra officers deployed “to ensure that we are in a position to deal with any illegal activity as quickly and efficiently as possible”.

But campaigners said it would go ahead and called on the prime minister to join them at the protest against a third runway at Heathrow.

“We invite Boris Johnson to join us in flying a drone and showing his commitment to stopping Heathrow’s expansion and addressing the climate and ecological emergency,” the group told the BBC.

Taylor said: “The Met has been preparing for this protest for some weeks now, and we have been working closely with partners to ensure that any potential disruption that could be caused by this activity is averted or kept to a minimum.

“This group of activists have stated their intention to fly drones illegally near Heathrow airport on Friday morning, with the sole aim of causing significant disruption to planned flights.

“Far from this being a lawful protest, this is the deliberate and criminal targeting of an essential part of the UK’s national infrastructure that thousands of people rely on every day and it will not be tolerated.”

He added: “We would urge anyone planning to take part in this activity to reconsider. Airspace around all airports is restricted for public safety and security, and we take the flying of a drone within airspace used by passenger planes very seriously. Anyone caught flying a drone without permission must expect to be arrested and prosecuted.

“As recent drone incidents at airports have shown, drone use in restricted airspace has the capability to not only cause a significant safety risk, but also cause great disruption to the public at the airport being targeted and connecting airports internationally.”

He revealed that the police have a range of “detect, identify and counter drone tactics” giving the capability to respond to devices being flown illegally in restricted airspace.

“The police’s job is to detect and stop criminal activity in a proportionate way, and there is a robust policing plan in place,” Taylor added.

“We will be deploying extra officers for this operation, and the plan covers the unique challenges that come with a protest targeting the airport and the surrounding areas.”