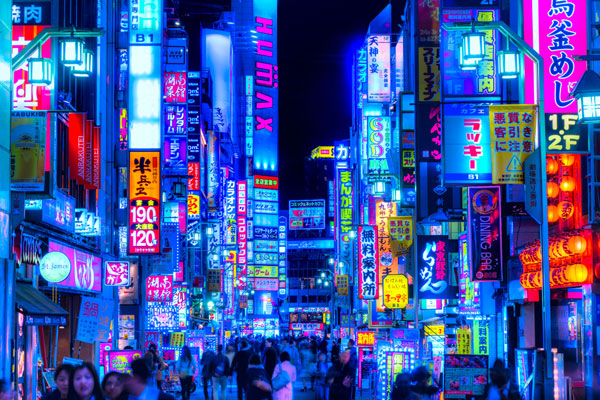 The Abta Travel Convention venue of Tokyo has emerged as the lowest priced long-haul destination despite the slump in the value of sterling.

The Japanese capital, which hosts the convention next month, has overtaken Cape Town for value, based on the cost of ten typical tourist items, including meals and drinks, according to latest Post Office Travel Money data. Bali offers the third best value despite a 13% rise in prices in a year.

While local price falls in half of the 30 destinations surveyed will help, the weak pound means holidaymakers planning winter sun breaks can expect to pay more than a year ago in more than three-quarters of the resorts and cities featured.

At £188 for a bundle of tourist stables, the Seychelles is the most expensive surveyed despite a 2.3% fall in costs.

With the Rugby World Cup due to start this month, low prices in Tokyo are an encouraging sign for rugby fans flying to Japan for the tournament.

Although its cost of tourist items has risen 4.7% to £60, this is due to the weak pound because Tokyo is one of 15 destinations where local prices have fallen, according to the study.

Tokyo is now 42% cheaper than in 2013 when the Post Office first surveyed prices in the city.

By contrast, Phuket in Thailand is one of two destinations where prices have risen by more than 20% year-on-year to £118, making it 58% pricier than Vietnam and 64% more expensive than Bali.

The research, conducted in conjunction with Travelbag, found only small price rises in China and Singapore but an 8% rise in Malaysia.

Local prices in Orlando have fallen marginally on 2018 levels and the increase UK visitors can expect to pay of 6.5% relates solely to the weaker exchange rate. But the same items cost 56% more in New York at £136, showing the biggest price increase of 21%.

Antigua is among seven destinations where costs for UK visitors are lower than a year ago with a 28% fall to £82 based on tourist costs in the island’s capital St John.

Travelbag managing director Lesley Rollo said: “The average price of a holiday to the destinations featured in this report has risen by around 7% in the last year, as factors like rising oil prices and over-demand take effect.

“However, despite those rising prices and sterling’s slide, consumers still want to book – they’re just increasingly savvy in offsetting the cost of the holiday itself with what they’ll pay once they’re there and will prioritise destinations where they’ll know they’ll get good value on the ground.

“For example, despite the average price of a holiday to Japan – where daily outlay is still pretty reasonable – rising by 26%, demand for holidays to the destination has increased by more than a third.

“By contrast, bookings for Dubai – where resort costs remain relatively high – have softened considerably even though package prices have risen by a modest 6%.”

Nick Boden, head of Post Office Travel Money said: “The rising prices revealed by this year’s report in many destinations highlight the importance of careful planning and research.

“Even though sterling is weaker than last year against every long-haul holiday currency, holidaymakers can still save themselves a lot of money and make a big difference to the overall cost of winter sun trips by doing their holiday homework before booking to find out where meals, drinks and other staples are going to cost the least.”