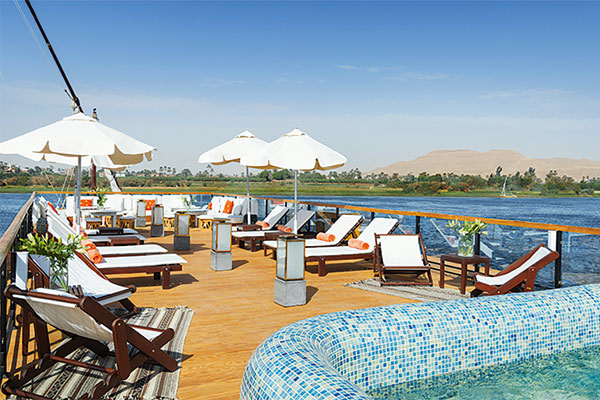 River cruise lines are upping capacity on the Nile as UK customers look beyond Europe for their next sailing.

Nile sales had plummeted in recent years following terror attacks that targeted tourists and the downing of a Russian aircraft in October 2015. Since then, British airlines have not flown to Egypt’s Sharm el-Sheikh resort.

However, lines such as Uniworld, AmaWaterways and CroisiEurope are now increasing capacity on the African waterway.

Speaking at a Clia round-table event this week, agency sales manager Dave Chidley said: “The Nile has suffered badly in the past few years; it’s great that river cruise can help.”

AmaWaterways’ UK managing director, Stuart Perl, who has previously touted an Egypt programme, confirmed the line would launch a Nile ship in 2021. “Egypt is coming back strongly,” he said.

CroisiEurope will operate a new itinerary between Luxor and Aswan from 2020. UK sales director John Fair said: “We have ships on the Nile and Ganges next year, and they are selling very well.”

Uniworld has a 42-suite ship, Sphinx, due to launch on the Nile in January. UK managing director Chris Townson said: “What better time to travel to Egypt than now? The security is as good as it can be and the crowds are not what they used to be.”

Panellists agreed that demand this year had risen more strongly for river cruises in long-haul destinations than in Europe. Chidley said Asia was becoming “massive”, adding: “Whether that’s because Europe is a bit sticky, I don’t know.”