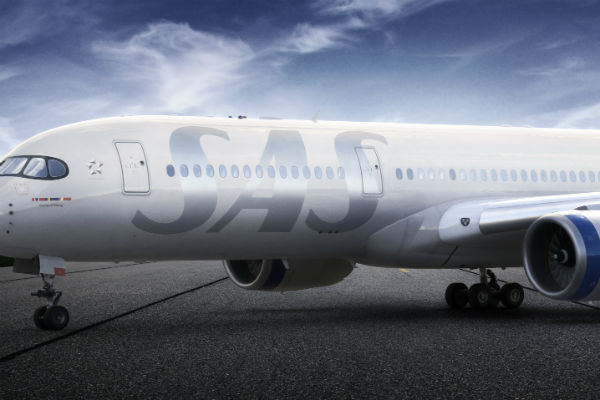 The first new livery in 21 years has been unveiled by SAS.

New Airbus A350 and A320neo will be the first to feature the new design revealed today in Copenhagen.

All SAS aircraft will feature the new livery by 2024.

The updated design alongside an extensive fleet renewal fulfills an ambition to align the exterior and interior of SAS following a change to aircraft interiors in 2015.

The introduction of the new livery will follow the normal aircraft maintenance programme.

The existing fleet will be updated with the new livery as part of an already scheduled repaint process each five to six years.

An advanced coating material reduces the weight of the aircraft “significantly” and translate into fuel savings as well as reduced CO2 emissions, the carrier claims.

President and CEO Rickard Gustafson said: “Redesigning our livery is the visual proof of the future of SAS.

“But it is also a continuation, and affirmation of a long proud history of developing and promoting Scandinavian design and values.

“Travellers from Scandinavia will recognize their home, while global travellers will encounter the renowned feeling of the Nordics.”