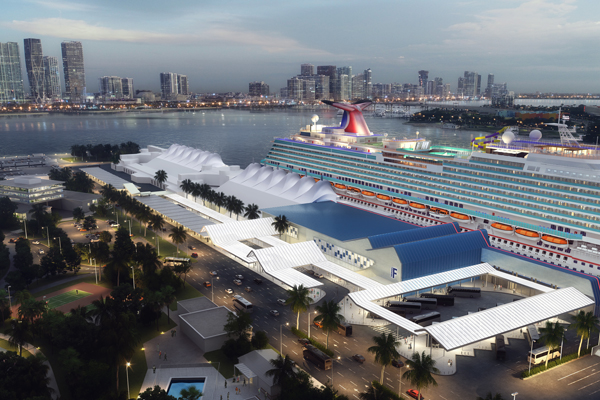 PortMiami has agreed to Carnival Cruise Line’s Terminal F expansion plans and permitted the brand to keep ships at the facility for 20 years.

Now plans have been approved, Terminal F will be able to accommodate the line’s Excel-class ships from late 2022.

Mardi Gras’ yet-to-launch unnamed sister ship will homeport at the facility after it is delivered in 2022.

The line has spent several months holding “constructive discussions” with PortMiami and Miami-Dade County Commission about the plans to expand the existing terminal.

The agreement also includes a commitment by Carnival to keep ships at Terminal F for 20 years, with the option of two additional seven-year extensions.