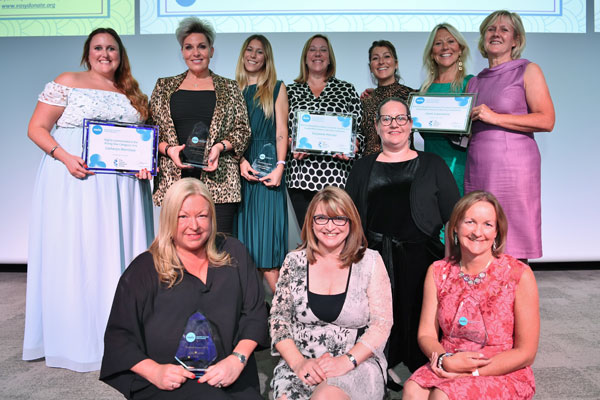 The AWTE (Association of Women Travel Executives) Awards, for which Travel Weekly is media partner, honour the companies and individuals that have contributed to furthering the careers of women in travel, and attracted a record number of nominations this year.

AWTE chair Claire Osborne paid tribute to the way the industry had “rallied round” following the collapse of Thomas Cook, but said the association had decided to go ahead with the awards. She said: “We want to bring a little light on a dark day, and celebrate the talent we have across the travel industry.”

She added: “Given the events over the past 24 hours, the evening was a wonderful opportunity to recognise what an amazing industry we are all involved with. In times of adversity, this industry has an amazing ability to pull together and support each other, and tonight was an evening to celebrate this. Many attendees had been up all night supporting customers overseas, but they still found time to join us for our prestigious awards.”

Paying tribute to Laurance, who received her award posthumously, Osborne added: “Joan Laurance had a reputation for kindness and also determination. She really was a force majeure in supporting the Family Holiday Association.

“The association has helped more than 120,000 people, and her steadfast resolve continues to inspire the people who are involved with the Family Holiday Association today.”

Lindsay Garvey-Jones earned the Honorary Award for “her outstanding contribution and ongoing support to the association over the past year,” while Thomas Cook’s Phil Gardner was given the Ambassador Award, which recognises men who actively encourage, enable and support women in business. Judges said: “Phil is an inspiring leader who invests time into developing his people to their full potential.”

Adele Foster, events and training manager for Clia, took home the Business Impact Award. Judges said: “Her outlook, enthusiasm and work ethic have had a significant impact on her company’s perception in the market, and she’s continually building that brand to deliver value to all involved.”