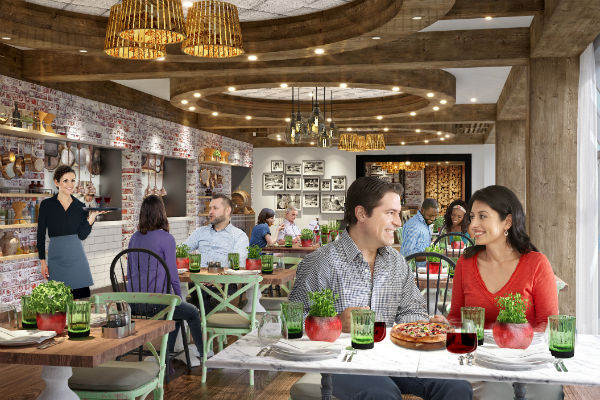 Royal Caribbean International has unveiled new features on Explorer of the Seas after its $110 million overhaul next year.

The ship will be the fourth in the line’s Voyager-class to be transformed as part of the line’s $1 billion ‘Royal Amplification’ modernisation programme when it goes into dry dock in France at the end of March.

Activities and entertainment will also be overhauled. The ship will offer glow-in-the-dark laser tag, a new kids programme – called Adventure Ocean – for passengers aged six to 12-years old and specially designed spaces for three to five-year-olds.

Starting on May 7, 2020, Explorer of the Seas will sail seven and nine-night itineraries from Rome (Civitavecchia) and five or nine-night Eastern and Southern Caribbean sailings from Miami in winter.

Prices for the seven-night Greek Isles itinerary, departing from Rome on August 16, 2020, calling at Santorini, Mykonos, Athens, all Greece, and Naples, Italy, lead-in from £1,229.

During the summer season, an overhauled Allure of the Seas, which will go into dry dock early next year, will operate in the Western Mediterranean.

More: Revamped Royal Caribbean ship to be deployed in Europe