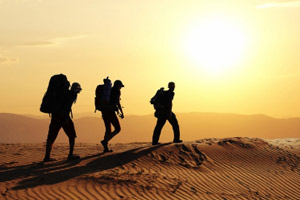 Universities including St Andrews, Bath and Exeter are imposing new limits on the number of students allowed to take a year out to offset an admissions backlog in 2011.

St Andrews has told students applying for English, modern languages, history and medicine that they will not be allowed to defer entry for a year, although they could reapply in 2011. Exeter has imposed a 10% cap on the number of candidates taking a gap year.

Responsibletravel.com has noticed a growth in the market for two-week volunteering trips, which could indicate that the change in policy is endangering the gap year and driving students to take part in shorter volunteering trips.

Francis said a cap or a ban on deferred entry for students undermines the benefits of a productive gap year, where part of the time might be spent doing valuable volunteering work.

“Universities are supposed to produce well-rounded and educated young people who will become good citizens. It seems contradictory for some of them to be actively deterring deferred entries and gap years which give students so much opportunity to develop,” he said.

The gap year has already evolved beyond the stereotype of full moon parties and island-hopping in Asia, he added, with more students now opting to spend time in communities, teaching or working on a conservation project.